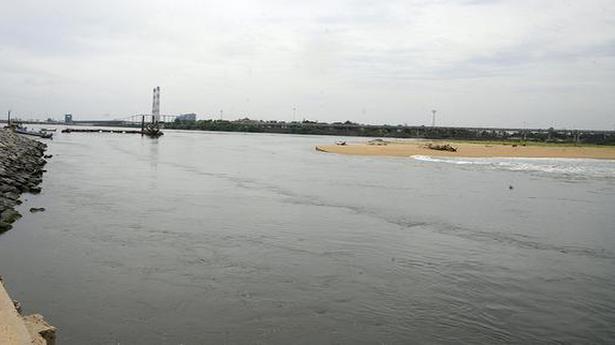 Fishermen belonging to eight villages along the Ennore Creek staged a protest on Wednesday demanding a permanent solution to the silting of the creek’s estuary.

The two ports north of the creek and the thermal power stations were leading to silting of the estuary and erosion of coastline.

“Earlier, we had a dredger working round the clock to remove silt. About four or five years ago, it was stopped. Now we have a couple of earth movers parked there doing nothing. We need the old dredging system back,” said Kalaivanan of Nettukuppam.

The fishermen said industries and ports had prevented the movement of the current towards the north, which had led to sand getting deposited in the wrong place, causing depletion of the coast.

“We have written so many letters to the district administration and the government but it has been of no use. We blockaded the port to show our protest. We also want steps to be taken to protect the mangroves in our area. They have been damaged beyond repair,” said Desappan, a fisherman.