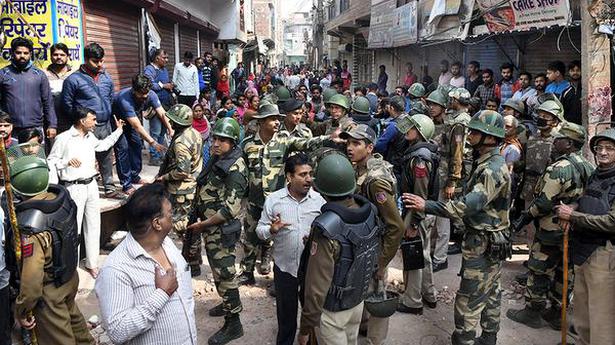 The Delhi police, in a chargesheet submitted in Jafrabad riots case, stated that they have arrested five persons who were injured in the communal violence.

In the document submitted by the police in court on June 2, they stated that a sub-inspector rank officer asked beat staff and informers to identify the accused based on Medico Legal Certificates and videography conducted during the riots in February.

The police also stated that “MLCs which were connected to the spot were collected” for investigation purposes.

Among the five arrested on charges of rioting, murder, attempt to murder among others, one suffered damage to his eyes during the riots. “An injured person had come near Crescent School and was connected with the incident. When videography of the spot was examined, it was found that he was aggressive and was found pelting stones at policemen several times. When he was interrogated, he said his name was Mohammed Shahrukh (24),” the document stated.

Shahrukh was injured during the incident. The police submitted that the clothes he was wearing on the day of the incident have also been recovered. He was arrested on March 5.

“On March 6, he was produced before the court, but he was released on bail on humanitarian grounds because one of his eyes was completely damaged and the other was damaged 90%,” the document stated.

On March 8, the police arrested Mohammed Gulfam alias Sonu Chikna (23) and apprehended a minor, both of whom were injured during the riots and had their MLCs conducted at different hospitals.

On April 7 – during the lockdown – the police submitted that they arrested Shahid from his residence in Welcome based on the MLCs collected in connection with the spot and an “informer”. Clothes he wore at the time of the incident were also recovered.

The Hindu had reported that on April 19, 22-year-old Javed, who was injured during the violence inside Farooqia Masjid, was arrested in connection with the riots. His father, Shokeen Ahmed, blamed getting the MLC done because he suspected that the police reached him because of his record in the hospital.

Several NGOs and lawyers’ collective worked in the area providing legal aid to the families. The families were helped by the groups in getting the MLCs conducted for legal record.

High RT-PCR machine cost might be a hurdle in ramping up Covid-19 testing in Delhi: Officials | Delhi News – Times of India