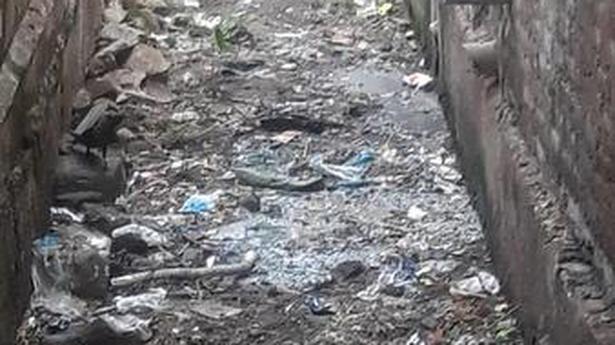 Residents in the southern suburbs say the monsoon preparedness of local bodies is not as efficient as that of the Greater Chennai Corporation.

Floods have become an annual feature in Pallavaram, Chromepet, Chitlapakkam, Medavakkam, Selaiyur, Tambaram and Mudichur, and residents blame it on poor maintenance of storm drains and sewer network (wherever available). There are complaints that although the State government makes tall claims of flood prevention work being taken up ahead of the monsoon with storm drains cleaned and canals desilted, the reality is different with rainwater mixed with sewage entering the houses.

The residents of Jain Nagar Extension, Nemillichery High Road, Balasubramaniam Street, Mettu Street, Maruthi Street, Karikalan Street and Arul Murugan Nandavanam Nagar, under Pallavaram Municipality, last year faced hardship due to sewage overflow caused by damage to cement pipes. While the Pallavaram Municipality planned to replace the cement pipes with metal ones, the work is yet to be taken up.

Social activist V. Santhanam, citing the flooding of a portion of GST Road near Chromepet during heavy rain on July 28, said Pallavaram Municipality should coordinate with the State Highways Department and Southern Railway to clear the culvert to prevent floods this year.

This is one of the main reasons for their demand to include all areas located between Guindy and Tambaram under the purview of the Greater Chennai Corporation.

P. Damodaran, an office-bearer of the Mudichur Residents’ Welfare Association, wanted the State government to set up an integrated sewage pumping station and sewage network similar to the Vengadamangalam dump yard for pumping out treated water from various areas of the southern suburbs.

Mr. Damodaran said the absence of a sewer network in several localities forced the residents to let out domestic waste water into the “open” storm drains, leading to flooding during the monsoon season.

Refuting these allegations, senior officials of Pallavaram Municipality said work of cleaning canals and culverts, even those belonging to the Highways and Water Resources Departments, were carried out as part of monsoon preparations.

He said clearing of storm drains and canals had been carried out near G.S.T. Road, MIT Gate, Kattabomman Nagar, Nehru Nagar and New Colony, for a length of 50 km.