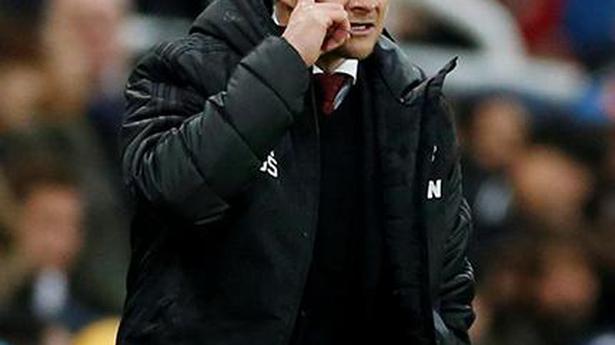 Manchester United was on a 10-game unbeaten run, scoring 28 goals across competitions, when all global sporting activity was suspended due to the coronavirus outbreak.

That form and the return of several players from injury, including Paul Pogba, has manager Ole Gunnar Solskjaer eagerly looking forward to the return of the Premier League.

While the conditions will not be the same as before — matches will be held behind closed doors and teams can make five substitutions from an increased bench strength (nine) — the Norwegian believes that his side knows what to expect.

“The last game we played (vs LASK in the Europa League) was behind closed doors. We have a good impression of playing in front of no fans,” he said in a conversation with the Shiv Nadar Foundation. “Our boys have started training, the mood is very good and everyone is raring to go.”

With the game growing in popularity in India, the 47-year-old had some advice to budding coaches in the country.

“These days there are many tools, there’s technology to manage sessions. But it’s the interaction, how you communicate with players, that matter,” Solskjaer said.

“Something that’s easy for you will not be so for the players. You have to challenge them on the right level all the time, both technically and tactically. Football is evolving very quickly now. Be prepared, know your players.”