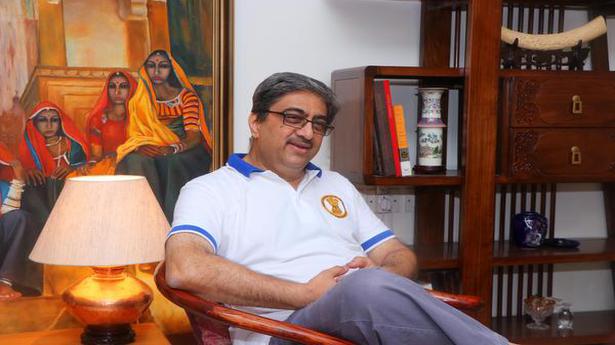 The June 15 clash at Galwan Valley, which claimed 20 Indian soldiers in the worst violence since 1967, has left the entire border architecture, carefully built by India and China to maintain peace, in the heap of history, says Gautam Bambawale, former Indian Ambassador to China and Pakistan. India’s relations with China have reached a inflection point that will require a fundamental reassessment of its China policy. Edited excerpts:

Having worked on the relationship over so many years, did you ever expect what happened on June 15?

I never expected such a thing to happen. And the reason why I didn’t expect such a thing to happen is because ever since 1993, when India and China signed the Border Peace and Tranquillity Agreement (BPTA), and there have been many agreements following that, we have put in place certain tenets, certain operating procedures, which were aimed at maintaining peace and tranquillity on the border. Unfortunately that entire architecture has collapsed, and is now in the heap of history.

If all these agreements that have helped keep the peace have collapsed, where does that leave us going forward?

Both countries have agreed that there are differences in our opinion of where the line of actual control (LAC) lies. Therefore, it was important to ensure that peace and tranquillity is maintained. Now, this time, what the Chinese People’s Liberation Army (PLA) has done is that they have moved their ground positions towards what they believe is their LAC. And by doing so, they have tried to unilaterally define the LAC. Now, the movement of troops, to move your ground positions towards what is your conception of the LAC, in my opinion is a major change in the status quo, where the Chinese have come in with large numbers of troops, have moved them right forward, have built embankments, gun placements, observation towers. India’s bottom line has to be, and will be, restoration of the status quo ante.

What realistic options does India have?

First, to address what is happening on the ground, we have to have a very strong military posture, which we do. There must also be room for talks. There is no doubt that when two nation states disagree about the boundary, it can only be done through discussions with each other, it cannot be done unilaterally as the Chinese are attempting to do. We should have discussions at the diplomatic and other levels to try to move ahead on where the LAC lies and come to some kind of agreement which is difficult, I agree, but which has to take place. As far as the broader relationship is concerned, because of these reasons — one, that the Chinese have fundamentally violated all our agreements on the maintenance of peace and tranquillity; two, they are trying to unilaterally define the LAC; and three, the fact that lives have been lost on both sides after a gap of many decades — I think this is an inflection point in India-China relations. What I would recommend is that India as a country, as a people, including, of course, the government in the lead, must make a fundamental reassessment of its China policy, make changes in it, and then implement it at the earliest.

Since 1988, the model has been to separate differences from other areas such as trade. Will that change?

It cannot be business as it was earlier. One suggestion that I have made is that I firmly believe that Chinese firms must be kept out of the 5G trials and roll-out in India. That is where it will hurt in the pocket. I think that is a suggestion that I would definitely make to the government. Finally it is for the Government of India to decide what is the package of a new policy. I am not advocating a complete break. Normal trade and investment can continue. But on the 5G question, it is very important to take the decision.

Will India’s approach to the region change?

There have been some Chinese observers who have said one of the possible reasons for this dust-up on the border with India this year is to indicate to India to stay away from the United States and other democracies. In fact, I think the actual result is going to be exactly the opposite. It will be very important for India to work together, strengthen its partnerships with democracies across the world, including with countries like South Korea, Japan, Indonesia, and others apart from Western nations.

This is what I believe is going to happen. If the Chinese were expecting this dust-up on the border to be a kind of warning on that front, as some Chinese observers have mentioned, I think it is going in exactly the opposite direction.

Some Chinese observers have linked recent developments to Beijing’s concerns about India’s recent infrastructure building in Ladakh that they see as threatening, and to the dilution of Article 370. Is this plausible?

It is plausible. My question is, need the current situation have gone to the levels that it did? There have been other situations where we have managed and done a peaceful kind of resolution, including at Doklam, Chumar and Depsang. This time it has crossed the limits. I agree with some of the comments made by authoritative sources in the Government of India, that this is a premeditated and well-thought-out action. I do not see what gain China has had, because for some minor tactical gain on the ground, I believe they have strategically lost India. I don’t know if that is something they had calculated or not. I believe if there are these kinds of anxieties they could have been discussed over the table and spoken about, even between the two militaries, even the road building could be discussed. This leads me to think this particular action by the PLA this summer is purely something where they are trying to actually control territory which they believe in their conception is theirs. This is something which is premeditated. It is purely to do with territory, but its implications are both tactical as well as strategic.

Are we looking at an inflection point in the relationship that could be as significant as 1988, which marked the normalisation of ties?

I believe that it is. I no longer speak or work for the Government of India, so I say this as an ordinary Indian citizen who has some knowledge about this relationship. I believe that India will strengthen its partnerships with the democracies of the world. In the long term, the way I look at it is that the diametrically opposite values that India holds vis-à-vis China, and the values which we share with other democracies across the world, are going to assert themselves and are going to dictate India’s position. I am afraid that the India-China relationship has not merely deteriorated, but will deteriorate further.