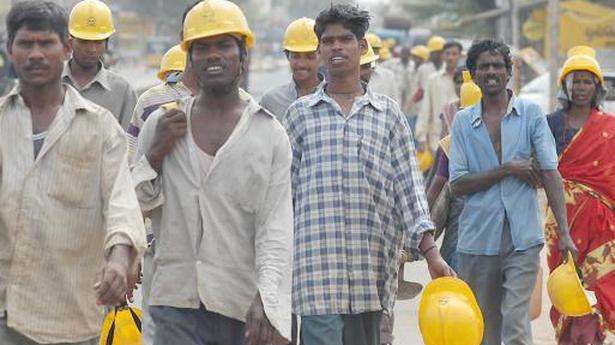 Formalisation of labour is critical to ensure wage and social protection for some 39 crore informal workers in the country, and the sectors that can trigger a shift towards the formalisation include the medium, small and micro enterprises (MSMEs), manufacturing, construction, goods and transport, says Indian Staffing Federation (ISF), an apex body for flexi workers.

With business activities in labour-intensive sectors declining rapidly, income inequality and poverty are increasingly a fact of life for the unorganised labour. India, with almost 85% of its labour force in the informal sector, needed a structural shift or an overhaul towards formalisation, said Lohit Bhatia, president, ISF.

The loss of employment, driven by the pandemic, has already led to reverse migration of 12.20 crore daily wage workers, the loss of jobs for another five crore domestic workers, and the lack of social security for two crore gig workers, as per a recent ISF report titled: ‘Proposition For Labour Formalisation — Getting India to work —Helping India Rise.’

Listing out the bottlenecks in employment generation that currently exist in the country, he said institutions of labour legislation, trade unions and wage-setting systems have created significant rigidities and inflexibilities in the country’s labour market.

“It is an empirical issue. Also, there are concerns among policymakers and academics alike that the collective institutions of restrictive labour legislation, have hampered output, investment, and formal employment expansion, thereby adversely impacting the labour market,’’ Mr. Bhatia added.

No September green shoots for oil and gas production