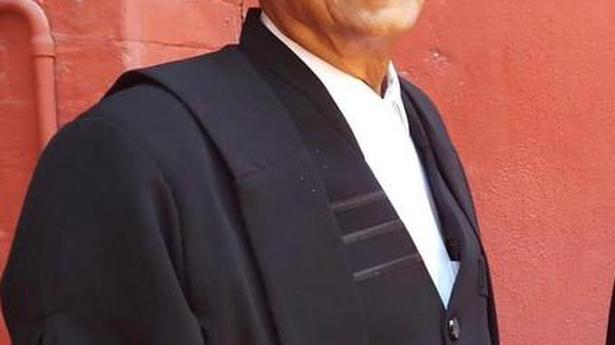 Senior Counsel V.T. Gopalan, 78, who had served as Additional Solicitor General (ASG) for the four southern States between 2000 and 2008, died due to cardiac arrest at his residence here on Friday. He holds the rare distinction of having been a law officer during the Congress as well as the BJP-led governments in the Centre.

He was appointed as a senior standing counsel for the Central government in 1992 and resigned from the post in 1998. Thereafter, he took charge as ASG for Tamil Nadu, Kerala, Karnataka and Andhra Pradesh on January 24, 2000 and continued to hold the post till March 5, 2008. He was also practising law actively until his death.

Many of the junior law officers during his stint as ASG had subsequently got elevated as judges and also became parliamentarians. Senior counsel and Rajya Sabha member P. Wilson said he was fortunate to have served as Central government standing counsel under the leadership of Gopalan who was fondly known as VTG.

“Kerala High Court Chief Justice S. Manikumar and Justices T.S. Sivagnanam, K. Ravichandrabaabu, G. Jayachandran and V. Bhavani Subbaroyan of Madras High Court had served as law officers under VTG who was considered a doyen of the Madras Bar. He was an eloquent, articulate and most sought after lawyer known for his court craft,” he said.