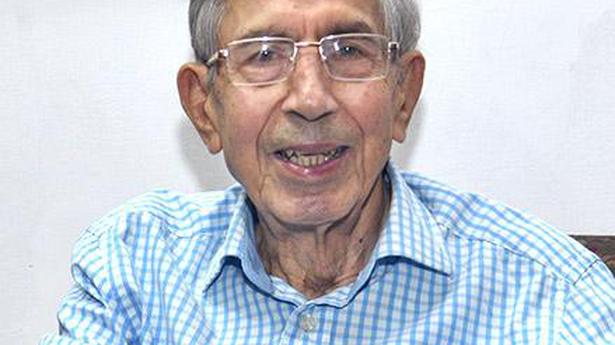 Marwah was admitted to the hospital almost three weeks ago after he suffered a fall at his residence in Goa. He lived with his family in Siolim village.

Marwah, 87, was the first UT-cadre IPS officer to serve as Delhi Police chief from 1985 to 1988 and was Director General of the National Security Guard from 1988 to 1990. He served as Governor of Manipur (1999-2003), Mizoram (2000-2001) and Jharkhand (2003-04) over the course of a long and distinguished career. He was also adviser to the Governor in Jammu and Kashmir and Bihar. Marwah had penned a book, Uncivil Wars: Pathology of Terrorism in India.

Offering his condolences, former Delhi Police Commissioner B.S. Bassi said, “He was a fine leader. All those who have worked with him have learned a lot from him. He has contributed a lot to the Delhi police.”

Delhi Police also paid tributes to Marwah on Saturday. “A quintessential civil servant of soft demeanour yet steely resolve, soft-spoken yet hard taskmaster. A brilliant police officer and super administrator — in Ved Marwah Sir, we have lost a legend. #DelhiPolice salutes & bids adieu to one of its finest Police Commissioners,” it tweeted.

Vice-President M. Venkaiah Naidu and Prime Minister Narendra Modi also condoled the demise of Marwah, recalling his “unwavering courage” which stood out during his career. “Shri Ved Marwah Ji will be remembered for his rich contributions to public life. His unwavering courage always stood out during his career as an IPS officer,” the Prime Minister tweeted. Marwah was an upright officer known for his integrity and competence, Mr. Naidu said.

Taking to Facebook, Manipur Governor Najma Heptullah said, “Deeply saddened at the loss of the former Governor of Manipur…. My thoughts and prayers are with the family.”

Jharkhand Governor Droupadi Murmu described him as a “visionary” and an “able administrator”.