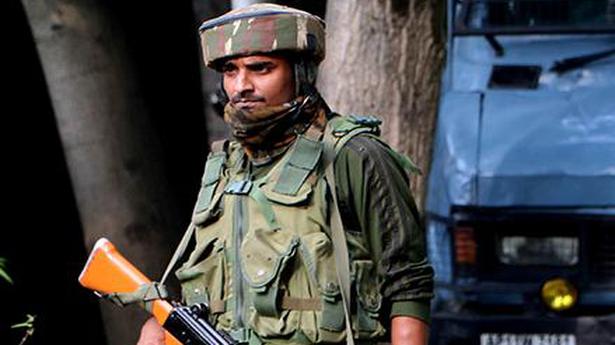 Leaders of the Bharatiya Janata Party in the Kashmir Valley announced their resignations on social media after a spate of attacks and killing of panchayat members in the past one week.

On Sunday, BJP worker Abdul Hamid Najar was shot at by suspected terrorists in Budgam district.

Hours later, four leaders of the BJP — Avtar Krishen, Imran Ahmad Parray, Wali Mohammad Bhat and Sameer Ahmad Shah — circulated the pictures of their handwritten letters on social media that they have “no contact with the BJP.”

On August 6, Sajad Ahmad Khanday, a sarpanch affiliated to the BJP, was killed by alleged terrorists in Kulgam. On August 4, another panch, Arif Ahmad, was critically wounded in an attack.

A year ago, Parliament had removed the special status of Jammu and Kashmir and bifurcated the State into two Union Territories.

Shafiq Mir, Chairman of the All Jammu and Kashmir Panchayat Conference, said the government was not serious about the safety and security of sarpanches and panches and it did not have a plan for them. He said many members were not able to visit the villages and were forced to live in police accommodations.

“The panchayat members are the only elected representatives in Jammu and Kashmir right now who are playing the role of a bridge between the people and the government. The security agencies do not even come to know who will come under attack next,” Mr. Mir said on phone from Kashmir.

Jammu and Kashmir has been under Central rule since June 2018 and the 87-member Assembly was dissolved in November the same year.

The panchayat elections were held in the former State in 2018 and as many as 12,776 sarpanch and panch seats, particularly in south Kashmir, are still vacant as elections could not be held due to security concerns then.

Mr. Mir said the members agreed to fight the elections on a personal assurance given by Prime Minister Narendra Modi. He said 20 panchayat members had been killed since 2012.

“We are not able to work. We plan to meet the Prime Minister again if the need arises. We had shared our concerns with former Lieutenant Governor G.C Murmu few days ago but then he was replaced,” Mr. Mir said. They were yet to receive any formal invite from the new Lieutenant Governor Manoj Sinha for a meeting.

He, however, added that there was a function of all panchayati raj institutions on August 12 where he hoped to convey the grievances to the Lieutenant Governor.

PM Modi to interact with fitness influencers, citizens on Sept. 24

INS Viraat arrives at Alang in Gujarat for dismantling