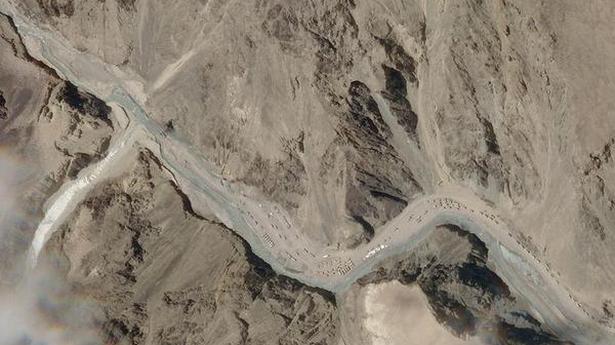 The deadly clash at patrolling Point 14 on a ridge line overlooking the fast flowing Galwan river in eastern Ladakh, in which 20 Indian soldiers were killed, echoes episodes of the Great Game — the late 19th century tussle where colonial Britain worked feverishly to block Russian influence from permeating through the mountainous “gates” of India.

There were multiple fronts of the Great Game, including Central Asia and Afghanistan, but Ladakh, starting from Leh, known for its lucrative trade through the lofty Karakoram Pass, into the heart of Xinjiang, had become an important spur in this grand imperial rivalry.

But two decades into the 21st century, India and China — two aspirational Asian nations — are following this trail of rivalry at strategic pivots along their contested mountainous borders.

Point 14, overlooking the Galwan river valley, is one of these key fulcrums, over which the Indian Army and the People’s Liberation Army of China brutally clashed with barbed wired rods, stones and rocks on the night of June 15. The area, from where the Chinese were supposed to withdraw, following a June 6 understanding, is of considerable strategic value.

Watch | Galwan clash: what next for India and China?

India’s newly built Darbuk Shyok Daulat Beg Oldie (DSDBO) road, which leads to the base of the legendary 18,176-feet high Karakoram Pass, is within striking distance from this vantage point in the high mountains. In case the Chinese manage to build an observation tower in this area, they can disrupt traffic over an under-construction bridge along the DSDBO road, using heavy weapons. Understanding the strategic value of this location, it is hardly surprising that the soldiers following Col. Santosh Babu laid down their lives in a bid to prevent a permanent Chinese encampment near Point 14.

Traditionally, the Galwan Valley area has been part of the winter trade route that linked Leh with Yarkand and Kashgar across the Karakoram Pass, when frozen rivers allowed caravans to progress towards their destinations. From Leh, the caravans breached the Ladakh range at Chang La pass, reaching Darbuk, Shyok village on their way to the Karakoram Pass via Daulat Beg Oldie (DBO). Once the pass was crossed, traders, often in company of monks and scholars, headed for Yarkand and Kashgar, where British India had opened a consulate in a building complex called Chini Bagh. Much later, a motorable road was built from Leh. It entered the Nubra Valley, cutting through the Ladakh range via the 18,600-feet Khardungla Pass and heading to the base of Saser Kangri. Thereafter, a track headed to Murgo — linking up with the DSDBO route.

But the Galwan Valley is also not far from Aksai Chin, which is occupied by China. China’s highway number G219 passes through Aksai Chin, which is a vital artery linking the sporadically restive Tibet and Xinjiang, the gateway to Beijing’s ambitious Belt and Road Initiative, heading in the direction of Central Asia en route Europe. The Chinese have long established Heweitan — 48 km northeast of the LAC as the crow flies — as their main base servicing the Galwan Valley posts. Incidentally, Heweitan was also a launch pad for mounting an offensive during the 1962 India-China war.

In order to protect their strategic road in Aksai Chin built in the 1950s, the Chinese have unilaterally expanded their territorial claim line along commanding heights, including the Galwan Valley. In response, India, in mid-1962, established a post opposite Samzungling, an area from where the 80-km-long Galwan river originates before joining the Shyok river, which in turn merges with the Indus.

During the 1962 war, a Chinese battalion destroyed this hopelessly outnumbered Galwan Valley post, after fierce combat, which lasted 24 hours.

Despite bouts of violence in its recent history, Galwan Valley was so named during the less brutal encounters of the Great Game. The Galwan river was named after Ghulam Rasool Galwan, a Ladakhi adventurer and explorer, who had been part of many European explorations, including two in 1890 and 1896 led by Francis Younghusband — a British explorer and Army officer, who became famous for his role in blocking Russian advances in Tibet.