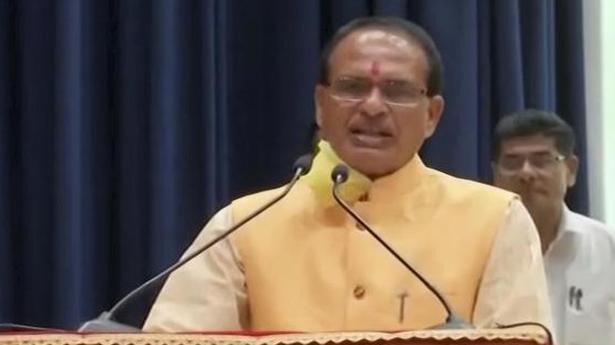 Madhya Pradesh Chief Minister Shivraj Singh Chouhan on Saturday said the Congress sought votes in the 2018 Assembly polls in the name of Jyotiraditya Scindia but “betrayed” people of the State by making Kamal Nath the Chief Minister.

He was addressing a programme after laying the foundation stone for development works worth Rs 2,664 crore in Indore district.

“The Congress betrayed the people of Madhya Pradesh by making Kamal Nath as CM instead of Jyotiraditya Scindia. People had voted for the Congress in the name of Scindia,” he said.

“But after the Congress pulled off a victory, party chief Sonia Gandhi and her son Rahul made Kamal Nath the CM instead of Scindia. This was betrayal of people,” the CM said.

He was accompanied by Mr. Scindia, who quit the Congress in March this year with over 20 MLAs, which led to collapse of then Kamal Nath government.

Mr. Chouhan said the Congress also “betrayed” farmers by not honouring its promis it had made ahead of the 2018 polls to waive farm loans upto ₹2 lakh.

Assembly bypolls are due on 28 seats in Madhya Pradesh, campaigning for which is gathering steam.

Case against Kummanam, 8 others for fraud