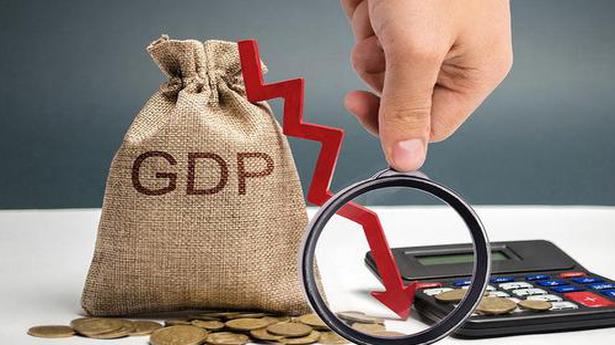 Economic growth slowed to an 11-year low of 4.2% in 2019-20, according to data released by the National Statistical Office on Friday.

In the final quarter of the year, that is, January-March, the growth rate of Gross Domestic Product (GDP) fell to 3.1%, reflecting the impact of the first week of the COVID-19 lockdown which began on March 25.

Although these estimates reflect a slowing economy, they are still higher than predicted by most economists and ratings analysts. Both agriculture and mining sectors picked up steam in the fourth quarter, growing at rates of 5.9% and 5.2% respectively, even while the manufacturing sector contracted further, recording a negative growth of 1.4%.

The budget estimate for GDP growth in 2019-2020 had been pegged at 8.5%. However, the earlier estimates from the NSO had revised this projection downward to 5%. The provisional estimate released on Friday pushed the figure further down to 4.2%. The Indian economy grew at 6.1% in the previous year.

Watch | All about the Industrial Relations Code 2020