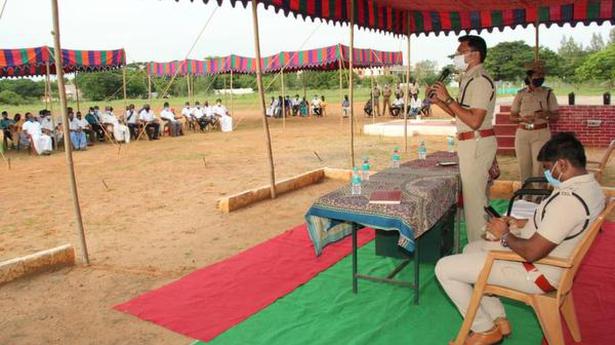 Forty-year-old Anandan (name changed) used to sell alcohol at a higher price in Tiruvallur district. Now, he wants to mend his ways and earn a living by selling milk in his village and surrounding areas.

It is not just him, more than 120 prohibition offenders like him, who used to sell alcohol in black to earn a living, have expressed desire to step out of the world of crime and start a legitimate business. Hence, the Tiruvallur district police, along with the district administration, have come forward to help them. On an average, at least four cases are booked against people who sell alcohol in black in the district.

“This is an initiative of B. Shamoondeshwari, DIG, Kancheepuram range. We are planning to provide assistance through various government schemes. It is a long process but we hope to achieve some transformation in the district,” said Tiruvallur SP P. Aravindhan.

In the first phase, around 50 offenders have been identified. “They were invited for a meeting recently and they were accompanied by their respective panchayat president. Most of them wanted to set up petty shops and buy cows. It is good that they are coming forward to change their lives and we will support them in the best manner possible,” he added.

The police and panchayat officials are also planning to help them financially if they need more assistance in setting up some business. “Setting up a petty shop may need some additional money. We will try our best to help them get it,” said Mr.Aravindhan

A panchayat president said: “The respective panchayat president and personnel of the police station will be doing a follow up to ensure that the person does not step back into the world of crime. Otherwise the initiative will not be successful,” he explained.