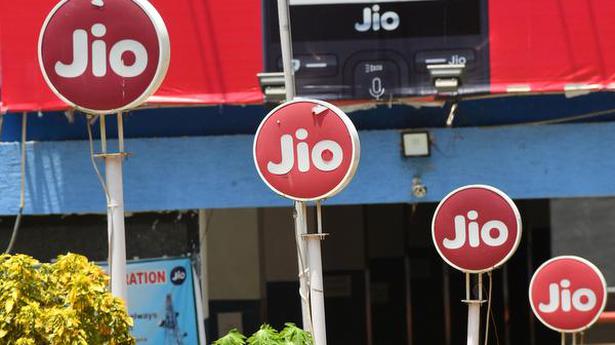 Google has agreed to invest ₹33,737 crore to buy a 7.7% stake in Reliance Industries’ technology venture, adding to a slew of investments since April that has crossed ₹1.52 lakh crore.

“We are delighted to welcome Google as a strategic investor in Jio Platforms. We have signed a binding partnership and an investment agreement under which Google will invest Rs 33,737 crores for a 7.7 per cent stake in Jio Platforms,” RIL Chairman Mukesh Ambani said at the company’s annual general meeting.

With Google coming on board, Reliance has completed its target of capital raising for Jio Platforms, he said.

With this deal, Reliance has sold 32.84% stake in Jio Platforms Ltd – the unit that houses India’s youngest but largest telecom firm Jio Infocomm and apps. In total, Jio has raised ₹1,52,055.45 crore.

Google, which is the 13th marquee firm to have set a sight on India’s hottest digital play in 12 weeks, values Jio Platforms at ₹4.36 lakh crore.

Proceeds from the stake sales in Jio Platforms, along with the ₹53,124 crore raised in a rights issue in June and sale of a 49% stake in its fuel retail network to BP last summer for ₹7,629 crore will help the company become net debt-free, Mr. Ambani said.

This debt-free status will be in place after the promised funds come in (75%of the funds from the rights issue will come in next year).

Mr. Ambani said the the cumulative fund raising by Reliance in less than three months is now ₹2,12,809 crore.

“Reliance is now truly a zero net debt company, well ahead of my goal of March 2021. It has an extremely strong Balance Sheet that will support growth plans for its three hyper-growth engines — Jio, retail and oil-to-chemical (O2C)“, Mr. Ambani said.

Reliance has concluded its joint venture with BP in the existing fuel retailing business. “BP has invested Rs 7,629 crore for their 49 per cent stake in the JV,” he said.

“The pace and scale of digital transformation in India is hugely inspiring for us and reinforces our view that building products for India first helps us build better products for users everywhere. Google is proud to invest ₹33,737 crore into Jio. I am excited that our joint collaboration will focus on increasing access for hundreds of millions of Indians who don’t currently own a smartphone while improving the mobile experience for all.”

Jio Platforms has also received a funds from the Middle East which started with Mubadala Investment Co which picked up a 1.85% stake for ₹9,093.60 crore and was followed by Saudi Arabia’s sovereign wealth fund, the Public Investment Fund, as well as the Abu Dhabi Investment Authority buying 2.32% and 1.16% stake for ₹11,367 crore and ₹5,683.50 crore, respectively.