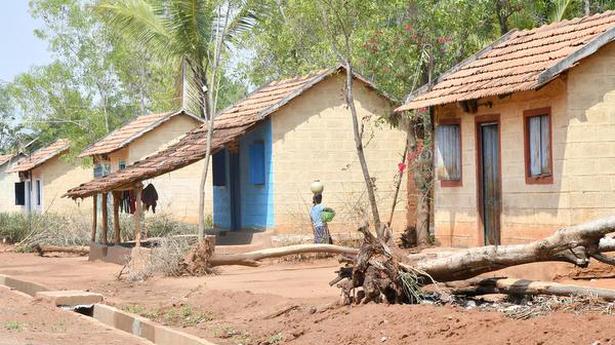 To shore up the income levels of tribal communities in the State, the government will encourage them to cultivate spices such as ginger and turmeric with institutional support.

Nagapura, on the outskirts of Nagarahole National Park in Hunsur taluk of Mysuru district, will be developed as a ‘Model Tribal Agricultural Village’ with funding from the Ministry of Tribal Affairs, Government of India. The implementation will be overseen by various agencies, including the State’s Department of Social Welfare.

Kumar Naik, Principal Secretary, Department of Social Welfare, told The Hindu that 280 tribal families in Nagapura who have been resettled and allotted cultivable land would be encouraged to cultivate spices. “It is the second generation of tribals who are living there, and the objective is to encourage them to go beyond conventional agricultural practices,” he said.

M.B. Prabhu, a tribal leader based in Hunsur, said tribals were not at home with conventional agriculture such as paddy or sugarcane cultivation. The adivasis are used to the forest environment and by introducing pepper cultivation in the second phase, the project will shift to tree-based agriculture, which will help replicate the forest ecology. It will not only help conserve the local ecology but will also lift up the economic status of the beneficiaries and bring about an attitude change in tribals towards agriculture, he added.

The project is expected to be rolled out this year. Also on the anvil is a farmer-producer company to be managed by tribals and a processing unit to add value to turmeric and ginger.

K.N. Harsha, scientist, Spice Board, Sakleshpur, said the broad contours of the project were to facilitate the tribal community to take up spice cultivation through good agricultural practices such as soil and water conservation, apart from helping improve their economic conditions.

The launch of a spice processing unit will not only add value to the produce, but will also provide direct employment to nearly 200 tribals throughout the year. “There are 530 hectares of cultivable land that will be brought under good agricultural practices, and the tribals will also be encouraged to take up seed production instead of grains as the former is more lucrative,” said Dr. Harsha.

The authorities have identified cultivation of ginger and turmeric to start with, and once irrigation facilities are made available they can also cultivate garlic and pepper. A seed production centre, an accredited nursery to cater to pepper plantations in Kodagu, and a tribal agricultural knowledge centre will also come up at Nagapura.

Technical input will be provided by the Central Food Technological Research Institute, the University of Agricultural Sciences, Bengaluru, Horticultural University, Spice Board, NABARD, and other agencies for initial hand-holding. Once the model is established, the template will be replicated in other parts of the State where tribal populations are significant and adivasis have taken to agriculture, Mr. Kumar Naik said.