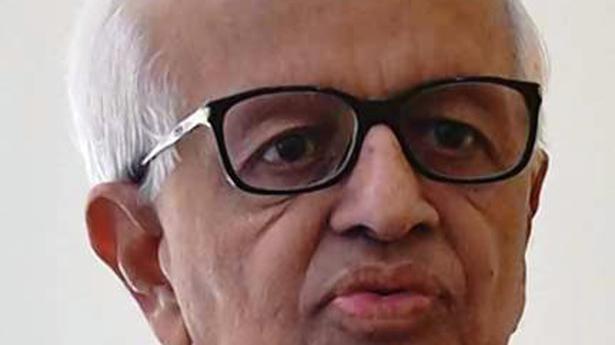 Former Reserve Bank Governor Bimal Jalan on Thursday described the initiatives taken by the government to mitigate the impact of COVID-19 as “very positive” and hoped that these would help in containing the decline in growth.

He further said that unlike in 1991, when the country faced a balance of payments crisis, today India has resources as well as forex reserves to deal with any eventuality.

“All the measures announced by her (Finance Minister Nirmala Sitharaman) are very positive.”

“But as you have rightly said these are all supply side, not demand side. In terms of the economy, one does not expect higher fiscal deficit to lead to a higher economic growth in a macroeconomic sense,” Mr. Jalan told PTI in an interview.

On criticism that India’s economic package was too less compared to packages unveiled by countries like the U.S. and U.K., he said developed and developing nations are very different.

“If you look up at developed countries, I mean their rate of growth is say 2% or 3% and they have a large per capita income and so on.

“For developing countries’ point of view, you want a high rate of growth, say at least 6% or 7%, and you also want inflation to be under control so that per capita income increases,” Mr. Jalan noted.

“Today we have resources and high forex reserves,” Mr. Jalan, also a former member of Parliament, pointed out.

So the current circumstances are very different from 1991, he said, adding, “Today we have the ability to do what we want to do.”

On whether he supports monetisation of deficit by the central bank, the former RBI governor said it is not a question of support or non-support as it depends on the situation.

Monetisation is loosely referred to as printing of currency by the central bank for the government to take care of any emergency spending and to bridge the fiscal deficit.

“So economy is more or less static and the impact of whole coronavirus on the economy has been quite negative,” he said.

Rating agencies like Fitch and Crisil have drastically cut India’s economic growth forecast for the current fiscal year due to the coronavirus lockdown.

Fitch has estimated 5% contraction in 2020-21, a sharp decline from 0.8% growth projected by the global rating agency in late April.

Crisil also predicted the economy will shrink by 5% in the current fiscal. Earlier, it projected a growth of 1.8%.