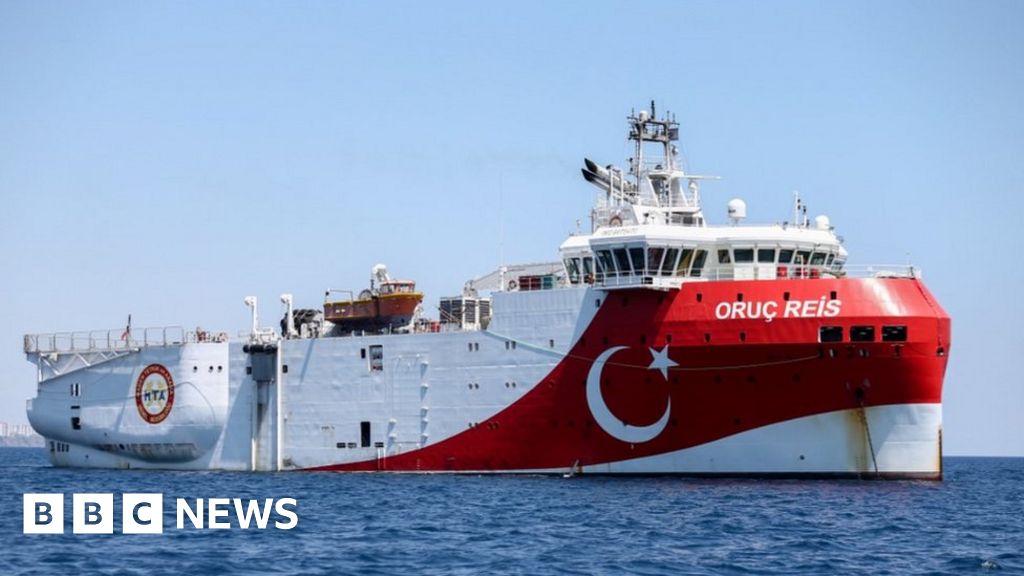 Turkey has sent a ship to conduct a seismic survey in a disputed area of the eastern Mediterranean – a move that has put Greece on alert.

The search for potentially rich oil and gas deposits is to take place south of the Greek island of Kastellorizo.

Greek PM Kyriakos Mitsotakis called a meeting with military chiefs on Monday, after Turkey issued an international maritime alert, known as a Navtex.

There are also tensions around Cyprus over rival exploration rights. The Republic of Cyprus and Greece do not accept any such rights for Turkish-controlled northern Cyprus in the region.

The self-styled Turkish Republic of Northern Cyprus, defended by Turkey, is not internationally recognised. Last year Turkey sent two drilling ships – the Fatih and Yavuz – to waters off Cyprus.

The Oruc Reis is accompanied by two auxiliary vessels. Its voyage had been suspended by Turkey last month, amid international concern.

Greece and Turkey are both Nato members, but have a history of border disputes.

Last Thursday Greece and Egypt signed a deal to create an exclusive economic zone (EEZ) in waters that contain oil and gas reserves.

The deal conflicts with a rival EEZ that Turkey and the internationally-recognised government in Libya have sought to establish. Such zones can extend for 200 nautical miles.

The Republic of Cyprus has EEZ accords with Lebanon, Egypt and Israel, similarly linked to the development of offshore energy resources.