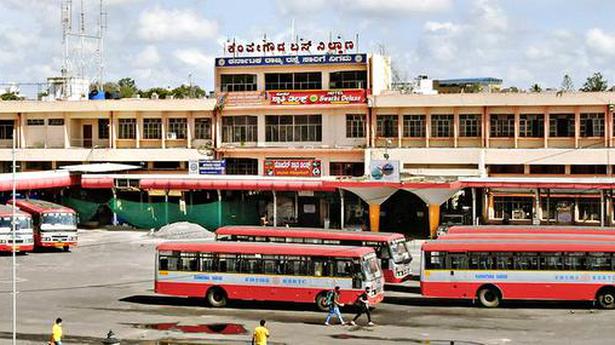 Resumption of operation of inter-State bus services to Tamil Nadu, Kerala and Telangana may take more time though the State government eased restrictions for movement of people coming from other States to Karnataka on Monday.

Deputy Chief Minister and Transport Minister Laxman Savadi said on Tuesday that State-run road transport corporations such as KSRTC, NEKRTC and NWKRTC are awaiting the green signal from the other States to operate buses on inter-State routes. “After receiving the green signal from the respective States, buses will be operated in the interest of the general public.” He added that a decision on running buses to Maharashtra, which has the highest number of COVID-19 cases, will be taken at a later stage.

The Minister said that a letter has been sent from the State government to its counterparts to resume services. Prior to the lockdown, 2,500 buses were operated on inter-State routes.

“At present, both KSRTC and APSRTC operate 400 buses. The number of services is gradually increasing from Bengaluru and other parts of the State. We are hoping that even other States such as Telangana, Tamil Nadu, Goa and Kerala are keen to resume services.”

On Monday, going by Union government guidelines, the State government issued a notification to relax various norms for inter-State travellers. As per the notification, the 14-day home quarantine rule was discontinued and compulsory medical check-up at the State borders, bus stations, railway stations and airports was dropped.

In another major decision, earlier rules of registration on the ‘Seva Sindhu’ portal to enter the State were also relaxed.