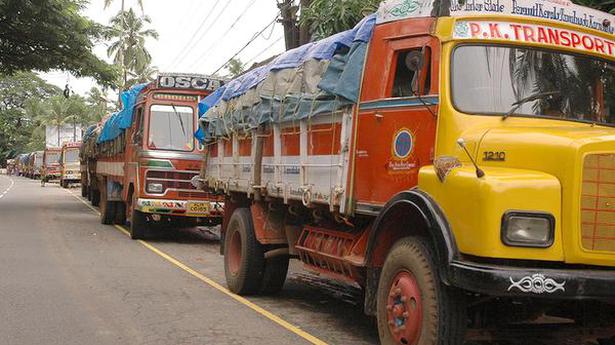 The Goods and Services Tax Council is likely to meet in mid-June after repeated demands from States anxious for their GST compensation dues which have been pending since December.

However, information on GST revenue since March — which is likely to see a sharp fall due to the lockdown — is being withheld at least until July, according to senior officials at the Finance Ministry.

GST revenue data is usually released monthly. However, the last release was for March collections, based on February transactions, which fell 8% from the previous year. “The deadline to file GST returns has been extended to June 30 because of the lockdown, so what is the point of sharing data before that?” said a senior official.

Discussing the GST Council meet, another top source at the Ministry indicated that the Centre may not be in favour of hiking GST rates on non-essential items despite the falling revenues.

“After the lockdown is lifted, consumption has to be increased on all fronts, not just on essential items. The whole economy has to kickstart. Demand from all sides for [all] goods has to be induced,” said the source. “Besides, who are we to decide what is non-essential? However, it is up to the Council to take a final decision.”

The same Ministry official added that as the Centre needed to bring down its borrowing costs in these difficult times, savings scheme interest rates may have to be rationalised. Drawing a comparison to onion prices, which need to benefit both farmers and consumers, the source said rates on savings schemes had to be balanced with the cost of borrowing.

With banks having parked ₹7.5-8 lakh crore with the Reserve Bank of India, concerns have been raised about banks’ appetite to lend at a time when the Centre has been trying to increase credit access and liquidity in the economy. However, the source said approximately ₹4 lakh crore of this amount was for loans that had already been sanctioned, but not yet disbursed.

There is a disbursal-sanction mismatch, because some borrowers only want to take the money when the lockdown is lifted, the official said, explaining why the money had been parked with the RBI for the duration. The Finance Ministry is also attempting a balancing act between the needs of businesses and their employees, and is engaging with the Labour Ministry regarding pay cuts and job losses during the lockdown.

With regard to the economic stimulus package, the senior official said it was not possible to discuss the ‘quantifiable objectives’ of the package until the lockdown is lifted. The possibility of further cash transfers has not been closed, and all options are still open.

However, there is no move to go down the deficit monetisation route at this stage, said the official.