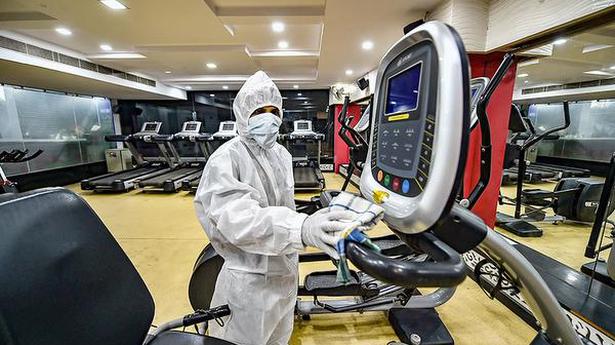 From increasing the number of slots to capping the number of members in each slot, and asking clients to carry their own basic gear, gyms and fitness centres across the city have drawn up a host of measures to be followed once they reopen under Unlock 3 guidelines.

Even as standard operating procedures (SOPs) regarding functioning of gyms are awaited, several gym owners said that members will be asked to train with the same group of people to check transmission of the deadly COVID-19.

The Ministry of Home Affairs on July 29 had said that yoga institutes and gymnasiums will be allowed to function from August 5 for which the SOPs would be released by the Health Ministry.

Siddharth Singh of Crosstrain Fight Club said, “We have decided to limit the number of people to eight per batch and the same eight will be training together every day. We want to reduce exposure, hence, members will get different slots. They will need to be part of the same group throughout. Earlier, there were two batches of 40 people but that has to be discontinued now.”

As a precautionary measure, new memberships will also be put on hold for the meantime, Mr. Singh said. “We are limiting new sign-ups and will start with the existing members only. Earlier, there were provisions of communal boxing gloves and other gears but now people need to get their own gears,” he added.

While some fitness centres said that they were waiting for the government to release the guidelines, several said that tentative protocols to be followed within the gyms had been formulated by the management.

Akhil Mehra of BoxFit, said, “We will take a call on the capping of members once the government issues guidelines on the capacity which can be functional. But apart from this, record of every person training in the gym will be maintained so that tracking is possible, if the need arises.”

Partial fumigation and installation of blasters are some of the other measures to be taken, said Mr. Mehra. “Trainers will have to sanitise every half an hour. The classes which were earlier for an hour each will be reduced to 40 or 45 minutes, depending on the number of people allowed to train at one go, so that sanitisation can be carried out in between two classes. We will not be opening for group classes initially and will concentrate on personal training only,” said Mr. Mehta.

At ‘The Spark Unisex Gym’ in Malviya Nagar, members will be reduced by half for each slot, said Vipin Gupta.

“Earlier, there were 25 to 30 people in each slot but now there will be only 10 to 15 members. Apart from sanitisation, members will also be asked to bring their own bottles, among other stuff and they will not be allowed to use the common water dispenser, which was there earlier,” said Mr. Gupta.