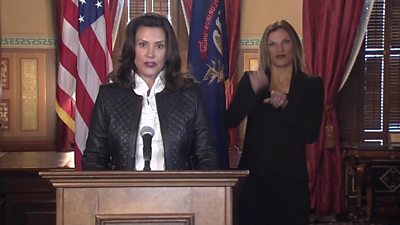 Michigan Governor Gretchen Whitmer has called out President Trump while reacting to the alleged militia plot to kidnap her.

Mrs Whitmer focused on Mr Trump’s “Stand back and stand by” remark when he was asked to condemn white supremacist groups during last week’s presidential debate.

The governor said: “Hate groups heard the president’s words not as a rebuke, but as a rallying cry.”