Home Cities Delhi HC allows RWA to repair wall to keep out people from nearby... 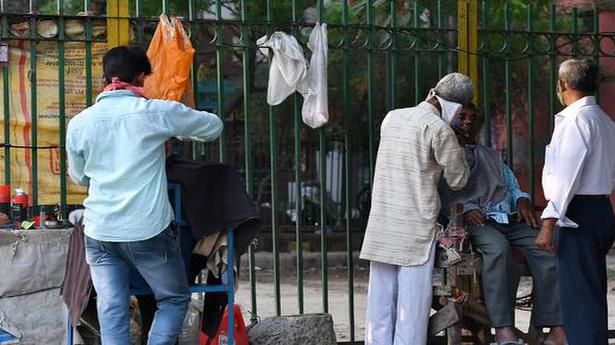 The Delhi High Court has allowed a south west Delhi residential colony to repair its boundary wall to prevent people from two nearby JJ clusters, declared as coronavirus hotspots, from entering the area or passing through it.

Justice Jyoti Singh disposed of the plea moved by a Residents Welfare Association (RWA) of Naraina Vihar after the municipal corporation of the area said it has no objection if the colony repairs the boundary wall and the Delhi Police and Railways said that all cooperation and assistance would be provided by them.

“Petition along with the pending application is disposed of in the aforesaid terms,” the court said.

The G-Block RWA had moved the court seeking directions to the Delhi government, Railways and the North Delhi Municipal Corporation, under whom the area falls, to repair or construct and maintain the wall adjacent to the railway track barricading Naraina Vihar colony.

The RWA had told the court that there are two colonies — namely Budh Nagar jhuggi jhopdi (JJ) colony and Inderpuri — located on the other side of the tracks and both have been declared as coronavirus hotspots / containment zones by the Delhi government.

In its petition, the RWA further said that the broken portions of the barricading wall around Naraina Vihar were giving an easy access to the people crossing over from the colonies across the railway track into Naraina Vihar, and using the same as a thoroughfare.

This was increasing the risk of infection to the residents of Naraina Vihar which includes children as well as senior citizens, the petition had said.

On the last date of hearing on May 21, the RWA had volunteered to repair the wall on its own in case the statutory authorities found it difficult to do so, given the present situation on account of COVID-19 pandemic.

The Railways told the court that the wall was built by the civic authorities and therefore, it had no role in it.

The court noted that the municipal corporation had in 2013 repaired the wall and therefore, “it is clear that the construction/repair/maintenance of the barricading wall is the responsibility of North DMC”.

However, North DMC said it has “no objection if the petitioner (RWA) takes necessary steps to rebuild the broken portions of the wall in question”.

“Counsel for GNCT of Delhi and senior standing counsel for Railways, however, on instructions, very candidly submit that in case the need so arises, the Delhi Police and Railway Protection Force respectively, would render every possible assistance and cooperation,” the court noted while disposing of the plea.