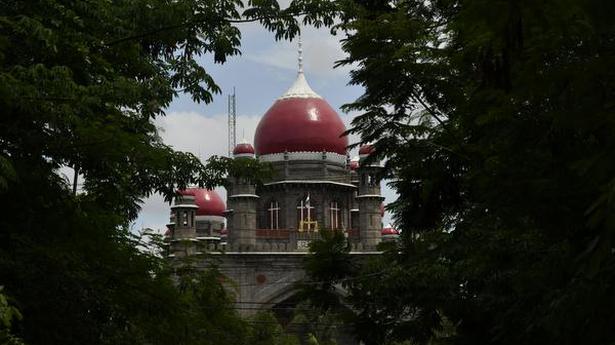 Observing that the recent death of a COVID-19 patient in Government Chest Hospital prima facie appeared to be the consequence of medical negligence, Telangana High Court on Monday directed the hospital superintendent to file a detailed and complete report on the patient’s death.

A bench of Chief Justice Raghvendra Singh Chauhan and Justice B. Vijaysen Reddy, hearing a PIL plea on patient Ravi Kumar’s death, wanted the report by July 20. A lawyer, B. Yashpal Goud, who filed the petition, informed the court that Mr. Kumar was admitted to the hospital in Erragadda on June 24 with high fever. He eventually tested positive for coronavirus.

The lawyer contended that the patient died as the hospital staff declined to provide ventilator and proper treatment. He furnished a copy of the selfie-video clip made by the patient before his death. In the clip, which went viral on social media, Mr. Kumar said the hospital staff removed his ventilator and refused to arrange oxygen support for him.

The petitioner sought for appointment of a judicial committee to inquire into the patient’s death and ascertain facts. He also requested the court to review all the records of the patient. The petitioner appealed to the court to constitute a committee of external experts to determine how patients admitted in the hospital are taken care of and treated.

“I am concerned about the young man who lost his life. I ask the government to take action against persons responsible for his death,” the CJ said hearing the plea. The bench instructed the hospital superintendent to explain precisely what exactly transpired after 26-year-old Ravi Kumar was admitted in the hospital.

The bench recalled the instance of maternal death of 20-year-old Jenila of Jogulamba-Gadwal district during the lockdown and how the HC had directed the government to slap criminal case against the doctors responsible since their negligence resulted in her death.

“If Ravi Kumar’s death was the result of callousness of medical staff, then it is something necessarily to be worried of…” the bench observed. Remarking that Mr. Kumar’s was a death not due to COVID-19, the bench said the doctors and the medical staff should be held accountable for it.

The bench said that irrespective of the seniority of the doctors, if they are found guilty in the case, stringent punishment should be awarded to them.

Pinwheel arts festival takes off virtually on August 14 with crowdfunding