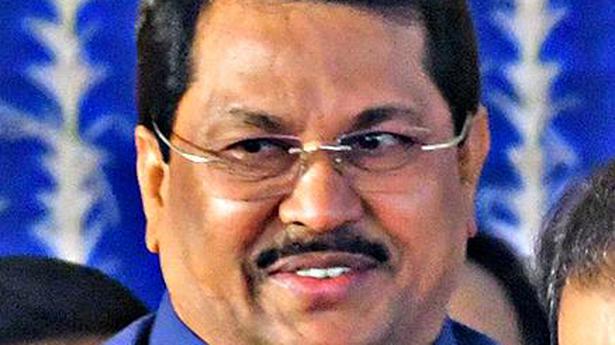 The Nagpur Bench of the Bombay High Court on Friday issued a notice to Minister for Relief and Rehabilitation Vijay Wadettiwar on a plea that he had not disclosed the criminal cases pending against him while twice applying for a passport in Nagpur.

A Division Bench of Justices A.S. Chandurkar and Amit Borkar was hearing a criminal petition filed by former MLC Mitesh Bangadiya. Mr. Wadettiwar is a senior Congress leader who represents the Bramhapuri Assembly constituency in Chandrapur district. The court has also issued notices to the State Home Department, Nagpur Commissioner of Police and passport offices in Nagpur and Mumbai.

The petition sought the court to direct the Nagpur police to register an FIR against Mr. Wadettiwar and confiscate his passport.

The petition said Mr. Waddettiwar did not disclose he had over 10 criminal cases pending against him when he applied for a passport in May 2001 in Nagpur.

The petitioner also said that Mr. Wadettiwar “knowingly suppressed necessary information with a view to mislead the authorities in order to procure a passport in his favour and gave false information that there were no criminal cases pending against him”.

The petition added, “It is apparent from the above act that the respondent was aware that if the passport office gains knowledge about the criminal cases pending against him, passport may not be issued to him.”

The petitioner said Mr. Wadettiwar applied for a passport for the second time in January 2007, but again did not disclose the criminal cases pending against him and misled the authorities.

The petitioner has requested the court to direct the Nagpur Commissioner of Police, and the passport offices in Mumbai and Nagpur to register an FIR against Mr. Waddettiwar under Sections 120b (criminal conspiracy), 406 (punishment for criminal breach of trust), 41 (when police may arrest without warrant), 420 (cheating and dishonestly inducing delivery of property), 426 (punishment for mischief), 465 (punishment for forgery), 468 (forgery for purpose of cheating) and 34 (common intention) of the Indian Penal Code.

The court has adjourned the matter for four weeks.