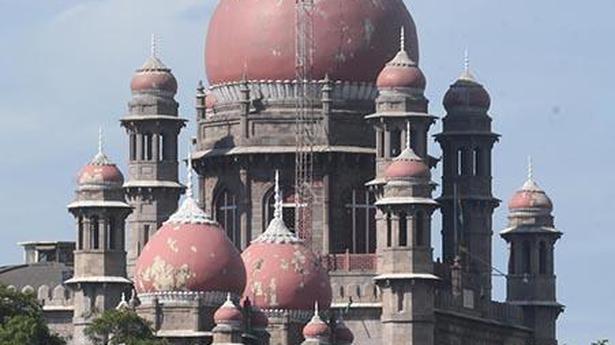 Expressing dissatisfaction over South Central Railway’s refusal to attach a bogie to a train for transporting stranded migrant labourers from Hyderabad to Bihar, Telangana High Court on Monday summoned its Divisional Railway Manager to appear before it.

“I will request the DRM of Railways on behalf of migrant workers to attach a single bogie to a Bihar-bound train so that stranded non-local workers can reach their homes,” Chief Justice Raghvendra Singh Chauhan told SCR counsel Pushpinder Kaur. The bench headed by the CJ and Justice B. Vijaysen Reddy was hearing a batch of PIL pleas on the plight of outstation workers in Telangana.

In that case, a single bogie which can accommodate 72 passengers should be sufficient for shifting all the workers from Bihar stranded here, the bench said. But the SCR counsel replied stating that not more than a specific number of bogies can be attached to a train.

The CJ wondered why cannot a single bogie for stranded migrant labourers be attached to a train and asked Ms. Kaur, “Where was the bar in the law not to attach an additional bogie to a train?”

Recalling his experiences with the Railways, the CJ said there were instances of Railways arranging special bogie for a marriage party. When the SCR counsel said a train cannot have more than 24 bogies, the CJ sought to know why it should not have one more. “Why this stubborn attitude?” the CJ said.

The SCR counsel informed the bench that so far there was no specific request from the State government on the matter. “I will request the DRM on behalf of the workers to attach a single bogie. Let the DRM be present tomorrow (Tuesday),” the CJ said.

Earlier, the bench told Advocate General B.S. Prasad that the State government officials filed a report stating that there was no space in Manoranjan Complex in Secunderabad to provide accommodation to migrant workers. “The HC Registry officials clearly filed pictures of the building showing that there was over 80,000 square-foot space in that complex. This shows the district Collector did not visit the building. This is misplaced information,” the CJ said.