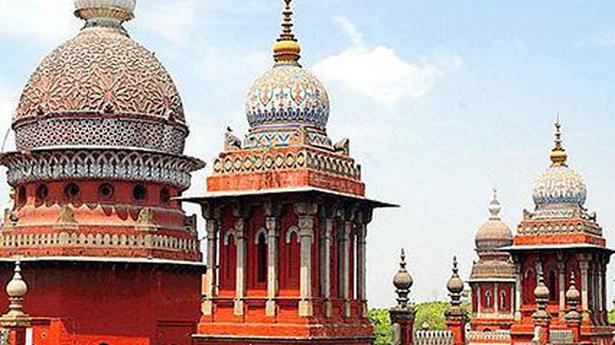 The Madras High Court on Friday expressed its displeasure over the School Education and Higher Education departments not having filed a proper report in the court with regard to large-scale complaints of educational institutions having demanded and collected more than 40% fees for the current academic year.

Justice N. Anand Venkatesh was surprised to hear from the Director of Matriculation Schools (DMS) that only one school in the State had collected more than 40% fees, though a parent appeared before the court through videoconferencing and claimed that a complaint given by him had not been brought to the notice of the court.

On July 17, the judge directed all private schools and colleges in the State to collect only 40% fees for the current academic year since educational institutions had remained shut due to COVID-19. He ordered that rest of the fees could be collected after the institutions reopen.

However, on July 30, a complaint was made to the judge that several institutions were forcing parents to pay the entire fee amount, in utter violation of court orders. Taking serious note of the issue, he ordered that details of the complaints received and action taken against those institutions must be submitted before the court.

On Friday, the DMS alone reported the violation by one school and there was no information with respect to colleges. Unhappy with the poor response, the judge directed the authorities concerned to collate all complaints, including those lodged orally, across the State, and submit them, along with a report on the action taken, on August 31.

Justice Venkatesh pointed out that he permitted schools and colleges to collect 40% of the fees only to balance the interests of the staff who had to be paid their salaries and the parents who may not be in a comfortable financial position to pay the entire fees. Therefore, it was essential, on the part of the government, to implement the order in letter and spirit.