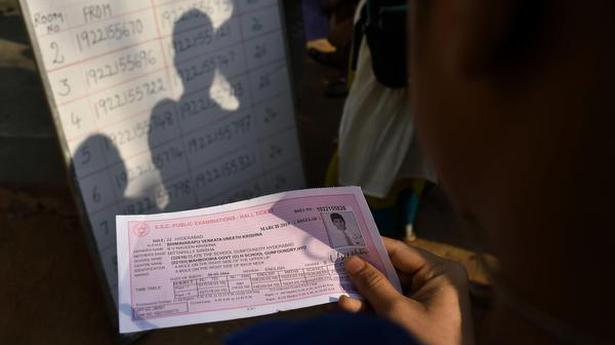 Confusion over commencement of the rescheduled SSC exams from Monday will be cleared by Telangana High Court today (Friday) by adjudicating a PIL plea seeking further deferment of the exams in the backdrop of rising COVID-19 cases.

A private engineer and social activist Ch. Mani Varun filed the plea requesting the High Court to instruct the government not to conduct the SSC exams. Conducting the exams even as COVID-19 positive cases going up was illegal and arbitrary. It amounted to violation of protection of life and personal liberty guaranteed by the Constitution, he contended.

A bench of Chief Justice Raghvendra Singh Chauhan and Justice B. Vijaysen Reddy, after hearing the plea on Thursday, asked Advocate-General B.S. Prasad if the government wanted to go ahead with the exams despite more people contracting the virus with each passing day. The AG replied that the government was all set to conduct the exams. He told the bench that consolidated report of the precautions being adopted by the government to hold the exams would be placed before the bench.

Delivering the order, the bench said the government should review COVID-19 situation on June 3 before going ahead with the exams. The government “shall be free to postpone the exams, if necessary, going by the situation then,” the direction said. The government decided to conduct the rescheduled exams from Monday.

However, within days of its decision, a sudden and consecutive spurt of coronavirus positive cases was reported in the State. In this backdrop, the fresh PIL plea was filed praying for further deferment of the exams stating that it was risky for the students.