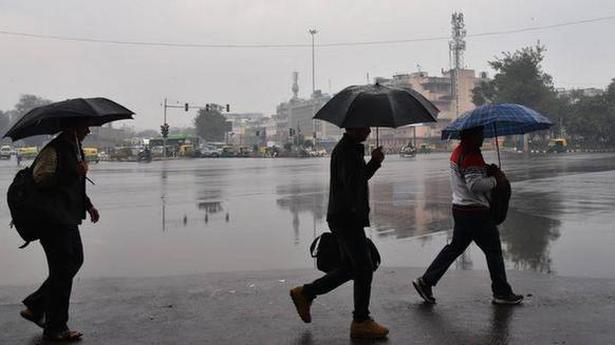 
The weatherman, in a forecast said, heavy rain is likely to occur in Gangetic West Bengal in the next three days due to formation of a low pressure area in north Bay of Bengal.

The low pressure system is likely to intensify in the next couple of days, it said.

The districts of East and West Midnapore, South 24 Parganas, Jhargram, Howrah, Hooghly, Bankura and Birbhum are likely to receive heavy rainfall, while thunderstorm is likely in other places of Gangetic West Bengal from Monday, the Met office said.

Intensity of rain is likely to increase in the coastal districts from Tuesday with the low pressure system becoming more marked, and it may continue till Friday morning.

Due to the formation of the low pressure in north Bay of Bengal, fishermen have been advised not to venture into the sea till Thursday.

With several rivers in the region already in spate owing to heavy downpour over the last week, people living in the coastal districts are apprehensive of flooding of agricultural fields and low-lying areas.

The State Irrigation Department has said that it is keeping watch on the situation.

Some low-lying areas in the coastal districts of South 24 Parganas and East Midnapore have got inundated owing to overflowing of some rivers and heavy rain causing breaches in earthen embankments, district officials said.

If Sanju Samson is consistent in this edition, he will play...