The lockdown made almost everyone turn to their smartphones for entertainment. That, in turn, made a lot of content creators try out Indian-made TweenCraft, which has gone viral for its use of basic animation and voice modulation enabling users to create short dialogue-driven comic animation — most of which are memes.

A sample of animated works from Tweencraft


Using TweenCraft, one can create animation story with basic learning about the edit features. Moreover it becomes a platform to create personal stories to share on social media. Stories can be created from scratch or simply picked from any story shared created earlier and re-edited to create a new one. The app allows editing rigs (bones) of the characters for performance of specific actions.

Mostly popular as forwards on WhatsApp and reposts on Instagram, TweenCraft’s most-discussed animation series are the ones that involve a mother’s sarcastic comments on exam results, lockdown preparation and bragging of boyfriends. Regional clips do well. Dinesh Sen and Soni Sahu, of KalpKriti Inc., the company that developed Tweencraft

Bengaluru-based duo of KalpKriti Inc, Soni Sahu and Dinesh Sen has been working on this app over the last four years. Soni says, “Our story is as crazy as the TweenCraft app. We quit our jobs at Intel four-and-a-half years ago. Since then we are working full-time to build this app.” Working without any funding, the two says they have been “following a Buddhist monk’s lifestyle.”

“We are getting some business now,” explains Dinesh, “The last four months have been pretty good for us, giving us the much-needed morale boost. We grew from 300 daily active users to 15,000 without a marketing budget.” 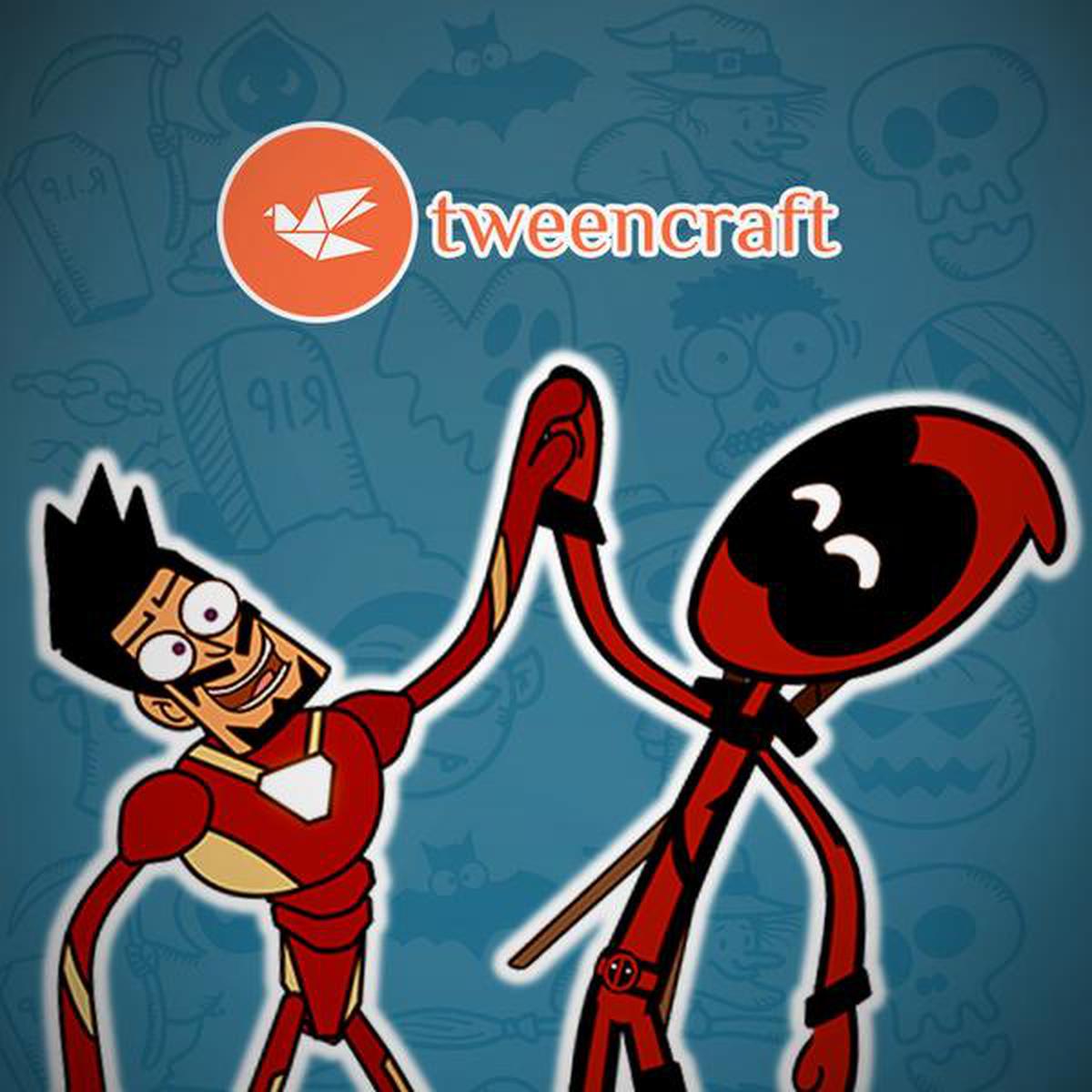 A sample of animated works from Tweencraft, with the logo above


With so many apps available, the duo was not sure about the response for the product. “We are satisfied with the outcome. People are loving it,” says Soni. “Creating the app on a limited budget was also a challenge. We were not in a position to hire experts. We did most of the coding and hired interns and freelancers to help us,” explains Dinesh, adding that the app started to gain traction around February 2020.

“During February 2020 we used to get around 200 new downloads every day. The magic of numbers actually started happening in May during the lockdown, when RJ Praveen (RedFM) tried our app. In a day our views jumped to 3,87,386 with 17,000 likes,” recalls Soni. The app, which used to get about 2,000 downloads a day in April saw over 6,000 downloads daily in May. The team says the app is currently free, but they plan to have some in-app ads for revenue. TweenCraft also have had businesses contact them to create ads. A screenshot of a Tweencraft animation, taken on Facebook


TweenCraft user Mridusmita Chakraborty, a copywriter with a FM radio channel, says she chanced upon the comic animations while randomly scrolling through YouTube. Mridusmita, a Mass Communications student in Guwahati, Assam, specialising in Animation, instantly liked the comics. She says “I scrolled through the various videos but couldn’t find anything in Assamese. As a copy writer, I have a lot of thoughts and scripts which I can’t really use for radio. I downloaded [TweenCraft] and tried a few.”

Mridusmita adds, “I wrote about a conversation between a girl and her boyfriend. It got me a good number of likes and shares. The comments mostly said they relate to the mindless conversations and the girl’s thought blurbs. The sarcastic mother giving the girl a roasting about her exam results or the show she is watching is also popular. In Assam, Matric results are a big thing. Friends and family actually keep a track of those who appeared for the exams and do not miss making calls to enquire about results on D-Day.”

Most TweenCraft users love to portray family drama through the app — from kitchen conversations to arguments between parents or the discussions of where to eat out. Namrata Kumari and her sister, who both use the app to portray their conversations with their dad about their spending habits, have earned many laughs. “The app is easy to use if you are creative in your dialogues,” says Namrata. “All we do is repeat what our dad says about going shopping or making online purchases. There are many who relate to our content and also offer suggestions on what we could feature.” Those unfamiliar with how to create their own videos can check out tutorial videos on the TweenCraft Desi channel on YouTube.

TweenCraft is available to Android users via the Play Store.

Not wearing mask right can also attract fine of ₹1,000

Relief for Olympic hopefuls as swimming pools to reopen from October...