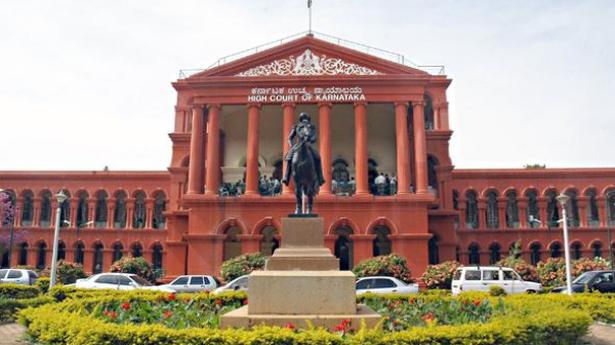 The High Court of Karnataka on Wednesday directed the Managing Director of the government-owned Mysore Sales International Ltd. (MSIL) to file an affidavit giving an undertaking that the MSIL will not be influenced by the recommendations by Ministers, elected representatives, etc. for appointment of persons of their choice in its liquor outlets.

A Division Bench comprising Chief Justice Abhay Shreeniwas Oka and Justice Ashok S. Kingai issued the direction while hearing a PIL petition which had complained that the MSIL is appointing persons on outsource basis to its retail liquor outlets based on the whims and fancies of elected representatives without following norms prescribed in the Karnataka Excise Act.

Meanwhile, the Bench declined to accept the statement made by Animal Husbandry Minister Prabhu B. Chavan his letter [written on his official letterhead] for appointing two persons of his choice for MSIL liquor outlet at Mudhol was not a recommendation but it was merely a request.

Terming that the explanation given by Mr. Chavan is not enough, the Bench said it was well known how requests by the Ministers are read by officials. However, without going further on the Minister’s letter, the Bench directed the MD of MSIL to file an affidavit of giving undertaking by August 20.

‘Audition for new Breaking Bad’: Morgan on being covered in PPE...