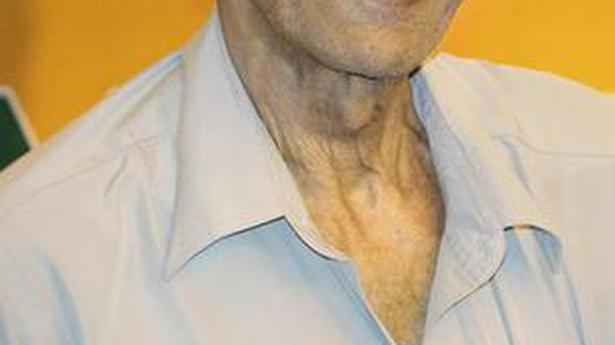 A little more than a decade ago, R. Sreedhar Shenoy frequently turned up at newspaper offices with results of school hockey tournaments. The veteran coach often appeared weary but always had a ready smile and a glint in his eye. He was passionate about hockey at the grassroots level and went from school to school to introduce the sport to children.

Shenoy, who has produced more than 5000 players including Olympian Dinesh Naik, passed away after a brief illness here on Sunday. He was 72.

A NIS coach, Shenoy was virtually a one-man show for many years when it came to nurturing hockey at the schools level. He was coach, tournament organiser and also made sure the young players’ performances were known to the rest of the State. “He was not my coach but he was a great mentor. He is also one reason why I’m here…he taught my coaches Jayakumar and Ramesh Kolappa,” Indian goalkeeper P.R. Sreejesh told The Hindu from the Bengaluru national camp.

“I’ve never seen him without a smile, he was a positive influence for me. He always used to guide me and when I was down, he used to say positive things. In the early seventies, we had a traditional way of playing but after he came, he changed the entire thing. That is why we call him the ‘Dronacharya of Kerala hockey’.”

“If at one time a lot of schools in Kerala had hockey, I’d say the man responsible would be Sreedhar Shenoy only. He was crazy about hockey, totally dedicated and even as a Kerala Sports Council coach he never used to bother about timings and he introduced hockey in many schools in Ernakulam,” said Joseph Paul, former secretary of Kerala Hockey Association.

“If Ernakulam has this many hockey players, he is mainly responsible for that. I’d say he was married to hockey.”

Shenoy’s family was loaded with decent cricket and hockey players. “But Sreedhar never cricket, he played hockey for the Ernakulam District and was the coach for the State senior and junior hockey teams,” said his cousin Vasant Shenoy, also a former KHA secretary.