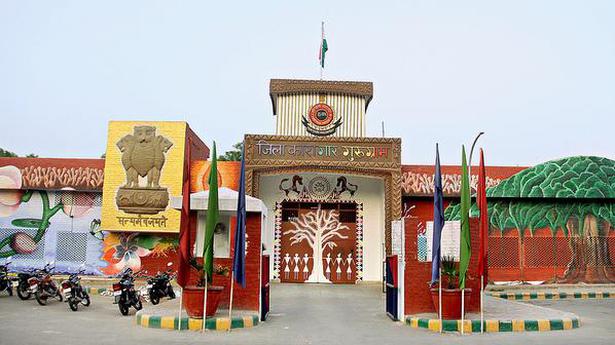 The recovery of mobile phones from Bhondsi jail inmates, criminals operating their gangs from inside the premises and even making threat calls from behind the bars has often made the headlines.

A nexus between inmates and jail officials too was an “open secret”, until it became apparent with the arrest of the jail’s Deputy Superintendent, Dharambir Chautala, a week ago.

Heading the investigation, Assistant Commissioner of Police (Crime) Preet Pal Sangwan said Dharambir has been involved in the supply of phones, SIMs and drugs to the inmates since his posting at Bhondsi jail two years ago.

“As per our sources, he indulged in the supply of phones and drugs in Bhondsi jail during his earlier posting in 2014-16 as well and also during his stints in other jails across the State,” said Mr. Sangwan.

The accused acted as a conduit between the inmates and the supplier of drugs and phones from outside the jail, mostly criminals. One of the suppliers, Ravi, was arrested along with Dharambir. They had known each other for long.

Ravi spent around nine years in Bhondsi jail in a murder case before he was acquitted in 2018. Sources said Ravi befriended the Deputy Superintendent during his earlier stint in Bhondsi jail and remained in touch with him even after the release. Ravi alias Goldi from Uttar Pardesh’s Lucknow has been staying in Gurugram’s Wazriabad.

“While Ravi remained in touch with the inmates over phone and procured drugs, phones and SIMs for them, Dharambir’s job was to hand over the stuff to the inmates,” said sources.

Unlike his two counterparts in charge of the security inside the jail, Dharambir handled the affairs of the manufacturing unit inside the premises and thus had easy access to the inmates. Mr. Sangwan said the jail official, being next only to the Superintendent, took advantage of his position to avoid checking by the subordinates.

Since the arrest of the duo, now in judicial custody, the police have recovered 17 mobile phones, including smartphones, 20 SIM cards, 11 batteries and 230g marijuana. Of these, 11 SIMs and narcotic were seized from Dharambir’s house.

“The inmates would procure the stuff through Dharambir and supplied it further to fellow inmates. Every contact point in the supply chain had a cut, but Dharmabir had a lion’s share. For instance, he would charge ₹5,000 for the supply of 10g marijuana, which was sold for ₹10,000. He had sold the phones in February and March this year in return for ₹25,000 and ₹50,000,” said Station House Officer, Bhondsi police station, Inspector Bhartender.

The duo has so far named Praveen, a murder convict in Bhondsi jail, as their contact inside the premises and his interrogation would throw more light on the case.

“So far, we have not come across the involvement of any jail official expect Dharambir but the matter is under investigation,” said Mr. Sangwan.

Though suspected to be involved in supplying illegal items to the inmates for years now, the Deputy Superintendent’s luck ran out on July 23 when a Crime Branch team chasing Ravi, following a tip-off that he was carrying marijuana to supply inside the jail, ended up at the doorstep of the jail official and caught the two with the narcotics.

In a recent development, Dharambir’s son Ravi was arrested on August 1 for threatening the jail staff with dire consequences. In an audio recording, which went viral, Ravi claimed that he was in touch with gangsters in Haryana and neighbouring States and soon commit a criminal incident in the jail.

Apart from a case under the Narcotic Drugs and Psychotropic Substances Act, 1985, the police mull invoking the Prevention of the Corruption Act against Dharambir as well. A police officer at Bhondsi police station said it was unlikely for the jail official to act in isolation without the active collusion of the staff and what the investigation revealed so far could only be a “tip of an iceberg”.

Delhi rain live updates: Thunderstorm with light to moderate intensity rain will continue to occur till 10am, says Met dept