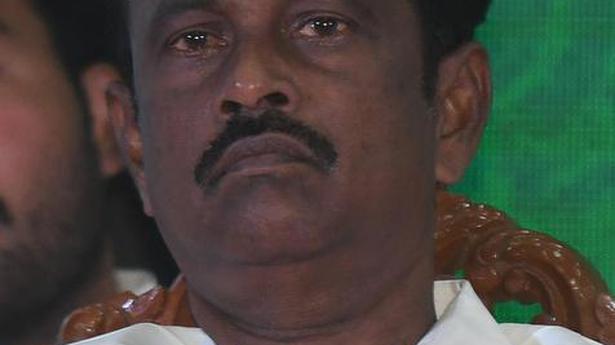 In a statement, he said the hymn was penned by Bala Thevarayaswami and it echoed in every household as an appeal to Tamil God Murugan to fulfil their requests.

“Devotees of Murugan render the song as kavasa (protecting shield) for all parts of the human body. Interpretation of the song in a denigrating manner is highly condemnable,” Mr. Ramachandran said.

Earlier, the Central Crime Branch (CCB) of the Chennai city police sealed the office premises of ‘Karuppar Kootam’, a Tamil YouTube channel run by Periyarist activists, which released an allegedly derogatory video on Kandha Sashti Kavasam. The action comes close on the heels of the arrest of its two prominent members.

A senior police officer said, “As per Section 165 of the Criminal Procedure Code, we conducted a search on the office premises on Boag Road, T. Nagar, and recovered certain materials. The premises were sealed. Further investigations are on.”

The office-bearers of the State BJP had lodged a complaint with city Police Commissioner Mahesh Kumar Aggarwal on Monday. Following the complaint, the cyber crime wing of the CCB booked a case against the group under Sections 153 (wantonly giving provocation with intent to cause riot), 153 A(1)(a) (promoting enmity between different groups), 295(A) (deliberate and malicious acts, intended to outrage religious feelings), 505(1)(b) (whoever makes, publishes or circulates any statement with intent to cause, or which is likely to cause, fear or alarm to the public) and other provisions of the Indian Penal Code.

A special team of police personnel, led by Additional Deputy Commissioner Saravanakumar and Assistant Commissioner of Police S. Prabakaran, arrested Surendran alias Nathigan, a prominent anchor of ‘Karuppar Kootam’ in Ariyankuppam, Puducherry on Thursday. The team had also arrested M. Senthilvasan in Velachery on Wednesday for allegedly uploading the video. Both were remanded in judicial custody.