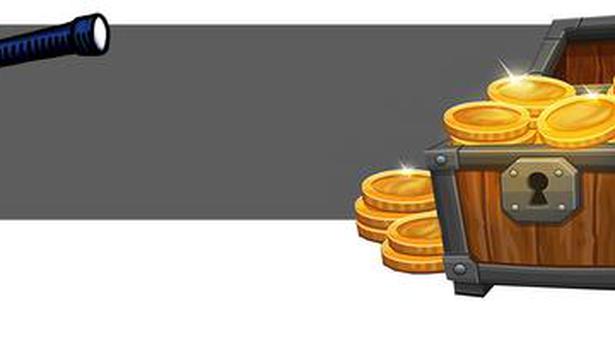 Why do we invest in stocks? Obviously, to compound capital over a longer period at a higher rate than inflation, and hence create real wealth. But investing can sometimes get to being like driving a Ferrari without fuel!

While investing, an investor can fail to make money under three different scenarios:

Scenario 1: Stock slides from the purchase price. At an absolute level, the investor makes a loss. For example, if Mr. X bought Stock A at ₹100 and after a few years, if the stock drops to ₹50, he would make an absolute loss of 50%.

Scenario 2: The stock stagnates at about the purchased level for a long period. This is also a losing proposition as there is time value of money and opportunity cost attached to it. For example, if Mr. X had bought Stock B at ₹100 and after three years, the stock is trading at about ₹100, then at the absolute level, Mr. X is in the no-profit, no-loss zone, but he has incurred the opportunity cost. If the same amount had been invested in a fixed-yield (assume at 7% per annum) instrument, it would have fetched him about 21% in absolute return for a three-year period.

Scenario 3: A stock may rise but at a slower rate than the broader index, and underperform the benchmark. For example, if Mr. X had bought Stock C at about ₹100 and it had risen to ₹120 in two years; assume that in the same time the broader index had gained about 40%. Even though the investor has seen returns, it is lower than what the index would have returned. The investor would have been better off by investing in the index instead of choosing the particular stock.

In investing, we always want to buy a ‘great’ business and believe that’s good enough to make money but if the ‘great’ business doesn’t produce earnings and cash-flow growth — which would grow its intrinsic value — then that ‘great’ company is as good as a Ferrari without fuel.

Buying a ‘great’ business is the first step in investing and not the last. In the past, many ‘great’ businesses have failed as investment vehicles due to various reasons:

Reason 1: The business did not produce growth in operational business. Examples: Hero MotoCorp and Siemens India.

Hero MotoCorp is India’s largest two-wheeler manufacturer with a great balance sheet. It has a good return on equity (ROE) — five-year average at 33.3% — and a stable promoter group but still the stock has delivered about only 3% CAGR return in the last 10 years, which is even lower than a bank savings account rate. From FY10 to FY20, sales growth was 6% and growth in profit after tax (PAT) was a meagre 5% CAGR.

In the case of Siemens India, it is a unit of one of the world’s largest companies with high technological capability; the stock’s 10-year CAGR stands at 4.7%. Sales growth was about 4% and PAT growth was about 5% in the last 10 years.

Both Hero MotoCorp and Siemens are market leaders in their respective fields but have not delivered reasonable returns due to lower velocity in operational performance that resulted in lower PAT and a lower intrinsic value growth over 10 years.

Reason 2: When investor expectation is high; even though a company may have generated higher profit and cash flow, the same did not match the expectation of the investors, resulting in shareholders’ wealth destruction. The following two examples are cases in point.

Eicher Motors: The company is known for the iconic Royal Enfield brand and also has a commercial vehicle portfolio in a joint venture with Volvo of Sweden. Eicher is a debt-free company with an average five-year ROE of about 32%. During the last five years, the company had delivered a sales growth of 7.5% and PAT growth of 42%. Still, the stock’s CAGR has been about -2.5% in that period.

The stock has not only underperformed the broader index but underperformed even the savings account rate. Even though the company produced good earnings, expectations have been high, resulting in a derating in valuation multiples once earnings slowed down. This resulted in the price performance in the last five years not matching the earnings’ growth. The PE of the stock had dropped from a high of 83 to 27.

Page Industries: It is a licensee for one of most successful textile brands in India; it has a five-year sales CAGR of 19% and a PAT CAGR of 20.3%. The CAGR of the stock price has been only about 5.4% in the last five years. The stock was priced for perfection and the slightest of slowdowns lowered the stock’s performance vis-a-vis earnings growth.

Both Eicher and Page have taught us that it’s not good enough to buy high quality businesses with great earnings growth in the medium term, without factoring in what the market has priced in. If the market has fully priced in a ‘good growth’ stock by paying higher multiples, your entering the stock at such high multiples can, at best, give you normal returns if the company sustains its earnings growth. Any disappointment in earnings outlook can lead to a severe derating in valuation as seen above.

So, investments made at any price without considering value is outright speculation and might not yield desired results.

Search for those Ferraris that are fully tanked up and ready for the ride.

Note: Data as of July 15, 2020 used for stock price performance. Results data are from March 2020, except for Siemens India, for which it is from September 2019. Source: Ace Equity, Screener.in