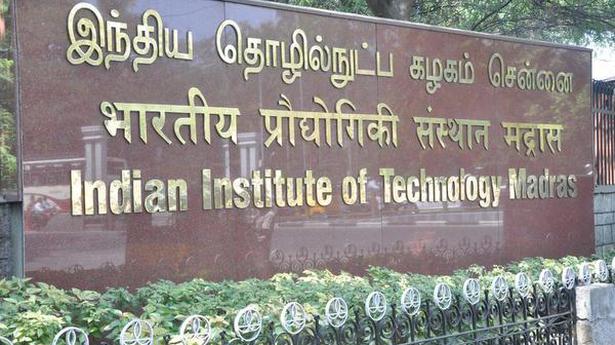 Researchers at the Indian Institute of Technology Madras have identified a specific microRNA (miRNAs) called ‘miR-155’ that is over-expressed in tongue cancer. The research team has shown that knocking out miR-155 causes death of cancer cells, arrests the cell cycle and regresses tumour size in animal models and reduces cell viability and colony formation in bench top assays.

The miRNAs affect cancer growth through inhibiting or enhancing the functions of certain proteins.

The research team of Devarajan Karunagaran, head of the Biotechnology department and his research scholar Shabir Zargar, collaborated with researchers from the Adyar Cancer Institute and the Sree Balaji Dental College and Hospital in the city and the Indian Institute of Science, Bengaluru.

Their research paper was published in the journal Molecular and Cellular Biology.

Mr. Karunagaran said: “MicroRNAs (miRNAs) are short non‐coding RNAs containing 20–24 nucleotides that participate in virtually all biological pathways in animals. They have been found to play important roles in many cancers, in carcinogenesis (start of cancer), malignant transformation and metastasis — the development of secondary cancer. The miRNAs associated with cancer are called ‘Oncomirs’.”

Many of the Oncomirs affect cancer by suppressing the performance of tumour-suppressing agents. Some of them can prevent the growth and spread of cancer cells and yet others prevent tumour growth itself, he said.

miRNA manipulation is being combined with conventional cancer treatment methods such as chemotherapy, radiotherapy and immunotherapy.