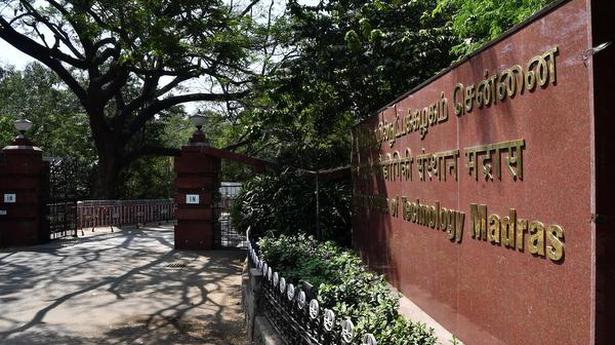 The ranking of institutions on innovation achievements was announced on Tuesday by Vice President M. Venkaiah Naidu

The Indian Institute of Technology, Madras retained its position as the top ‘innovative educational institution’ in the country for the second consecutive year.

The ranking of institutions on Innovation Achievements (ARIIA) was announced on Tuesday by Vice President M. Venkaiah Naidu. ARIIA was launched last year by the Innovation Cell of the Ministry of Education (formerly Ministry of Human Resource Development).

Mr. Naidu called for self-reliance which requires the nation to innovate. “Innovation must become the heartbeat for education. To create a favourable environment for experimentation, India’s higher education system should play the role of an enabler and force multiplier, to drive Indian innovation and start-up ecosystem,” he said.

Union Education Minister, Ramesh Pokhriyal Nishank said, “Innovation, and hence, the ARIIA will be the foundation stone for the new India which will be self-reliant. The rankings aim to acknowledge the efforts of institutes which are coming up with new innovations and bridging the gap between industry and innovation.”

IIT-M director Bhaskar Ramamurthi said, “IIT Madras is known for its world-class innovation ecosystem consisting of the Research Park and several other centres that have already produced world-class companies and disruptive technologies for India.”

IITM’s incubation cell has incubated over 200 deep tech start-ups (till June 2020) that have attracted VC/Angel Investor funding to the tune of US$ 235 million and having a valuation of US$ 948 million. They had a cumulative revenue of US$ 61 million in 2019-20 financial year, creating over 4,000 jobs and generating over 100 patents. The start-ups are in sectors such as manufacturing, IoT, energy/renewables, healthcare/medical devices, water, edu-tech/skill development, agri-tech, robotics, AI, ML and, data analytics, among others.

The Centre For Innovation has augmented the ‘tech’ space in the institute wherein their projects have gone on to produce high-profile start-ups and internationally acclaimed competition teams. ‘Nirmaan’ seeks out students with ideas that have commercial potential and puts them through a one-year programme.