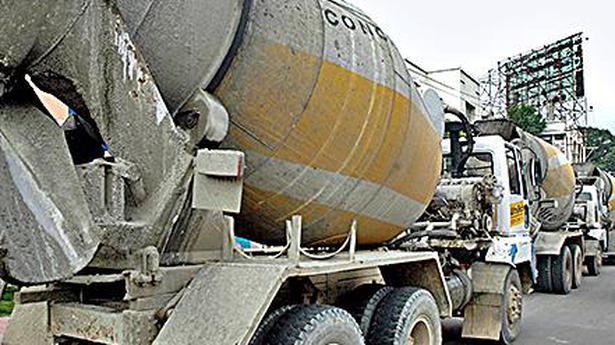 Telangana High Court on Tuesday instructed a PIL petitioner’s counsel to implead owners of industries using heavy crushing machines and concrete mix carrying vehicles in and around Vattinagulapally of Gandipet on the city outskirts. The PIL plea was filed seeking a direction to stop usage of heavy crushing machines and vehicles as they were polluting groundwater and posing threat to the health of people. A bench of Chief Justice Raghvendra Singh Chauhan and Justice B. Vijaysen Reddy sought to know from the petitioner’s lawyer Md. Aslam as to why owners of those crushing machines and heavy vehicles were not included among the respondents.

“If tomorrow, owners of these machines and vehicles accused of causing pollution claim that they have valid permissions from Pollution Control Board, the court direction would be futile,” the bench said. The hearing was posted after two weeks.

In another PIL plea, the bench had directed a team of officials to make a field visit and ascertain if a temple was being built in 1,200 square yards of government land in Nagole village in L.B. Nagar. Hearing a PIL petition seeking to stop construction of temple in government land, it said the officials should immediately stop the construction activity if a temple was being built there.

A citizen Vazeer Prakash Goud filed a PIL plea stating that some persons illegally grabbed government land in Nagole and began construction of temple there. On hearing contentions of the petitioner’s counsel, the bench issued notices to different wings of the State government.

It instructed Medchal Malkajgiri district Collector, Hayathnagar Deputy Municipal Commissioner, Uppal Tahasildar and L.B. Nagar police Inspector to visit the site and ascertain facts. Steps taken by the authorities should be informed to the court in the form of a report by August 18. The plea was posted to August 19 for next hearing.

In a separate PIL petition, the bench directed the State government to explain the procedure adopted by the authorities to supply rabies vaccine to districts. The petitioner stated that street dogs had become a menace in Kannekal village of Mudugupally mandal of Nalgonda districts and several people were bitten by dogs. The bench also asked the government to explain if any ambulance service can be provided in the area since no hospital was there in the village.