Home Cities Bengaluru In Bengaluru, a constellation of institutions 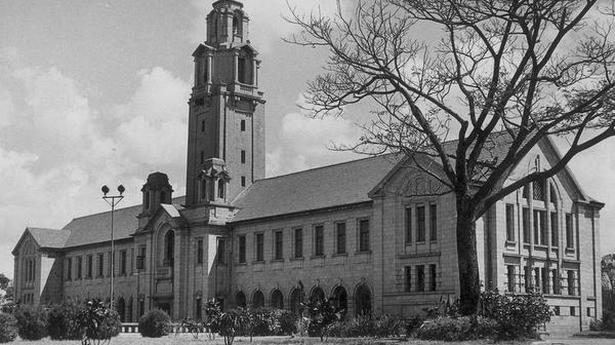 A fortuitous set of historical circumstances in Bengaluru has created a unique scientific and technological ecosystem. The nucleation of scientific research institutions in the city began with the founding of the Indian Institute of Science (IISc.) in 1909. It was a unique collaboration of private philanthropy [Jamsetji Nusserwanji Tata and the Nizam of Hyderabad] and support from the then Mysore Maharaja, together with advice from Nobel Laureate William Ramsey.

With a strong scientific leadership, like that of C.V. Raman and J. C. Ghosh, the institute steadily grew and nurtured a number of future science leaders of independent India, such as Homi J. Bhabha [who established cosmic ray research here and proceeded to build the Tata Institute of Fundamental Research]; Vikram Sarabhai [founder of the Indian Space Research Organisation], and Satish Dhawan [who played a major role at the National Aeronautical Laboratory and also headed ISRO], to name a few. IISc. also nurtured scientific stalwarts like Harish-Chandra and G. N. Ramachandran.

The country’s foremost referral centre for matters of the brain, the National Institute for Mental Health and Neurosciences (NIMHANS), has an equally long history.

The Bangalore Lunatic Asylum, founded in 1847 and rechristened as the Mysore Government Mental Hospital in 1925, became the first institute in India for postgraduate training in psychiatry. NIMHANS was born from the amalgamation of the mental hospital and the All-India Institute of Mental Health (AIIMH), established by the Union government in 1954.

Today, the list of research institutions in Bengaluru has grown to include the Raman Research Institute, the Indian Institute of Astrophysics, the Indian Statistical Institute, the Jawaharlal Nehru Centre for Advanced Scientific Research, three centres of TIFR (NCBS, CAM and ICTS), and more recently, the Institute for Stem Cell and Regenerative Medicine, to name just a few, all funded by various Union and State Science and Human Resource Departments.

Additionally, the presence of premier institutions in other professional disciplines, such as the National Law School of India University and the IIMB, have given Bengaluru a more rounded academic atmosphere. However, with the exception of the Institute for Social and Economic Change and the Indian Institute for Human Settlements, notably absent are long-lived institutions focused on Humanities.

Research centres like those above cannot thrive without having a feeder from undergraduate colleges.

Here again, Bengaluru, and for that matter Karnataka, has pioneered some fine undergraduate institutions and universities.

Again, strong institutions from pre-Independence, like Science College (which later came under the Bangalore University), the 150-year-old Bangalore High School that gave rise to Central College, and the University Visvesvaraya College of Engineering (UVCE), set up by Sir M. Visvesvaraya, and Manipal University produced some accomplished students, who went on to shine in science and engineering at the international stage. IISc.’s undergraduate programme in the sciences since 2009 has added a new dimension.

This constellation of institutions has created a name for Bengaluru as India’s ‘science capital’ and renown on the international science scene as the home of a number of pioneering scientific ideas, discoveries and experiments.

A key ingredient in this success was political will. In the post-Independence era, strong political support for science and technology was crucial. Given the poverty and a low growth economy, such support was considered a ‘wasteful’ expenditure by many. Bengaluru truly embraced the Nehruvian outlook of a self-reliant India, led by science.

This resulted in world-class institutions of excellence with support from both government and far-sighted philanthropists.

The strong scientific presence has also been a backbone for technological development. In the last 50 years, this ecosystem served the public sector with giants such as ITI, HMT, Bharat Electronics Limited (BEL), Bharat Heavy Electricals Limited (BHEL), and the aerospace industry, through the presence of ISRO as well as NAL and Hindustan Aeronautics Limited (HAL), reaping benefits of this human capital.

Since the late 1980s, private home-grown infotech and biotech industries [such as Infosys, Wipro, Biocon] and start-ups have also made Bengaluru their home, powered by the S&T institutions that produced highly skilled scientific and technical manpower.

Many international corporations have also set up R&D divisions here in the last couple of decades for the same reason. The State government has always been very forward in driving this synergy with the establishment of many Vision Groups in Information Technology, biotechnology, nanoscience, providing the necessary interface between the academic, industrial and government milieu.

The city is perhaps unique in India to have created this ecosystem of institutions of scientific and technological excellence, which have had a broader impact on industry and society.

Worldwide, such concentrations of knowledge have driven wealth creation. Prominent examples are the Bay Area and Boston area in the U.S., and Cambridge in the U.K.

The question we need to be asking ourselves in 2020 is: given all the ingredients that Bengaluru has, where can we now take this? In the next 50 years, will it grow to be a global nervecentre for breakthroughs in STEM, which can hope to rival San Francisco or Boston? And if so, what is the pathway to getting there in the coming 50 years? Will this be sustainable? Are there new avenues for such an ecosystem to turn its focus to?

We feel Bengaluru can be a world science hub, given sustained efforts by all stakeholders. However, given the collaborative and transdisciplinary nature of contemporary science, our strategy should shift to coordinated engagement across institutions. Here, the recent announcement, by the Centre, of supporting geographical clusters takes significance.

If this coordination can take place, Bengaluru can mobilise its unique experience and chart out a brilliant future. Bengaluru is also home to a large number of NGOs working on environmental sustainability. Here too, new synergies are emerging: problems and solutions of sustainability require the coordination of many knowledge sources.

Bengaluru is also home to one of India’s fastest growing healthcare sectors.

There is a huge knowledge base in agriculture, with one of India’s best universities in this sector and many institutions that serve this critical sector. The gaze of Bengaluru’s multi-disciplinary scientific capital should look at these new opportunities, so that in the next few decades Karnataka will also be known for a transformative innovation in healthcare and agriculture as well as in environmental sustainability. Along with its core strengths in the basic sciences today, which must be deepened further, this can be an unbeatable combination.

Highest number accidents in the State occurred in the evening