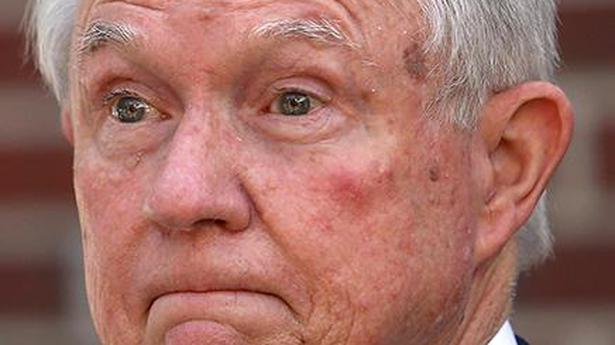 Former Attorney General Jeff Sessions took the stage with the same sense of conviction he had displayed in giddier times at a Mobile stadium almost five years ago, declaring once more that President Donald Trump’s vision was right for America.

Yet the political circumstances were far different Tuesday night for the longtime Alabama Senator who was the President’s first Attorney General.

The boisterous throngs that had greeted Mr. Trump and Mr. Sessions at an August 2015 rally were a distant memory as Mr. Sessions conceded defeat in Alabama’s Republican Senate runoff. That vote ended Mr. Sessions’ hopes of reclaiming the Senate seat he abandoned to join Mr. Trump’s administration.

Mr. Trump tweeted his joy about the victory by former Auburn University football coach Tommy Tuberville and Mr. Sessions’ stinging defeat. The President has long chastised Mr. Sessions after he recused himself in the investigation into Russian interference in the 2016 presidential campaign.

“I leave elected office with my integrity intact,” Mr. Sessions said, initially standing alone before his grandchildren joined him in front of reporters. “I hold my head high.”

For Trump, the outcome mixed vengeance and vindication. As he sees it, a turncoat, and his preferred candidate won handily. Mr. Tuberville will take on vulnerable Democratic Senator Doug Jones in November.

Mr. Tuberville boasts a profile not unlike that of Mr. Trump, the former reality television star turned politician.

Mr. Tuberville, 65, has never held public office but comes to the political arena with a well-known brand. He embraces Mr. Trump and sells himself as an outsider, a conservative culture warrior.

The President wrote on Twitter on Tuesday that Mr. Tuberville would be a “GREAT senator.”

Zhong Shanshan Net Worth: China has a new richest person, with...