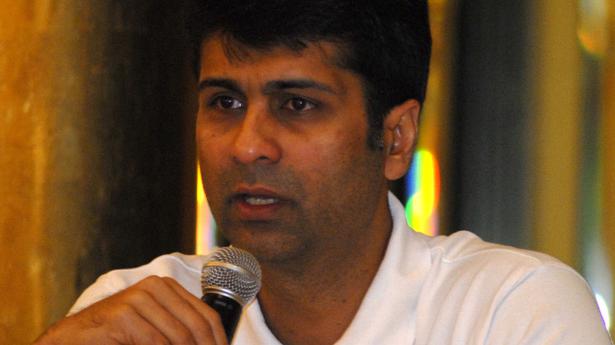 Industrialist Rajiv Bajaj in conversation with former Congress chief Rahul Gandhi, edited video of which was released online on Thursday, said a draconian lockdown flattened the wrong curve and decimated the economy.

Mr. Bajaj also claimed that a friend of his suggested that he should avoid speaking to Mr. Gandhi to avoid ‘trouble’.

“I shared with someone yesterday that tomorrow 12 p.m., I’m speaking with Rahul. And the first reaction was, don’t do it. I said but ‘why not?’ ‘Mat karna’ (Don’t do it), this can get you into trouble,’ ” Mr. Bajaj said, quoting a friend.

Last year, at an awards function where Home Minister Amit Shah was present, the industrialist’s father, Rahul Bajaj, talked about an atmosphere of fear prevailing among the business community.

Mr. Bajaj junior, however, asserted that he never faced any repercussion for speaking out.

“So, you know, one hears a lot about this [atmosphere of fear], but I try to ask people why this should be so because, at least so far, I have not faced any repercussion, so to speak, of this. But yes, what you say is true, this seems to be the general impression, which is sad because I think this openness is our strength and we must not lose it,” he said.

Talking about the lockdown, Mr. Bajaj said India ended up with the “worst of both worlds”.

“On one hand, a porous lockdown makes sure that the virus will still exist and as you said, it is still waiting to hit you when you will unlock. So you have not solved that problem. But you have definitely decimated the economy. You flattened the wrong curve. It is not the infection curve, it is the GDP curve,” he said.

The Congress leader said the world had not seen such lockdowns even during the World War II as during the pandemic.

Reiterating his position of the lockdown being a ‘failed one’, Mr. Gandhi said India was the only country that was opening up when infections were rising.

The Congress leader once again asked why the government was not going in for massive injections of cash and claimed that he tried to understand the ‘logic’ of government’s reluctance of not doing so.

Mr. Gandhi claimed that the government didn’t want to ‘spoil’ the labourer by giving handouts as that would make them not return from the villages and that would affect India’s pitch as an alternative investment destination and send a wrong message.

“Later we might consider giving money to these labourers and SM businesses,” Mr. Gandhi quoted government sources as telling him.

Both Mr. Gandhi and Mr. Bajaj agreed that the government’s messaging seemed to have created a scare about a high mortality from COVID 19 pandemic.

“ I think we have fallen very short of disclosing facts, logic and the truth. And this has then got amplified and instilled such an enormous fear in people that people seem to think that the contagion is equal to a contagious cancer or something,” Mr. Bajaj noted.

Talking about the strategy on the way forward, the industrialist asked Prime Minister Narendra Modi to address the people.

“ I think that the first problem is to get this fear out of the minds of the people, there has to be a very clear aligned narrative, I would say from the PM because, right or wrong, when he says something people seem to follow. I think he needs to stand up and say to everyone that this is how we are going to move forward, it is all under control, do not fear infections, almost nobody is dying, you know and we have to move forward now,” Mr. Bajaj said.