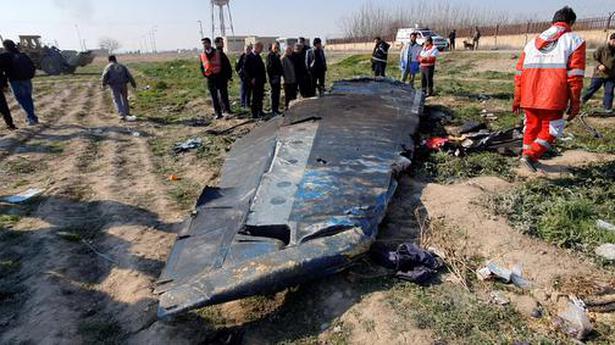 Iran has sent the black box of the Ukrainian passenger jet that its armed forces mistakenly shot down in January to France for reading, an Iranian semi-official news agency said on July 18.

Iran accidentally shot down the Boeing 737-800, killing all 176 people aboard, after mistaking it for an incoming missile.

Iranian armed forces had been bracing for a counterattack after launching missiles at U.S. bases in Iraq in response to the killing of its top commander, Gen. Qassim Soleimani, in a U.S. strike earlier in January.

Mr. Baharvand also said the black box will be read in Paris on Monday.

Iran has been in intense negotiations with Ukraine, Canada and other nations that had citizens aboard the downed plane, and which have demanded a thorough investigation into the incident.

Iran initially blamed the crash on technical problems and only acknowledged shooting down the plane days later.

The report did not elaborate on why Iran sent the black box to France. Boeing is an American company, and Iranian experts needed a converter to recover data from the black box, but the U.S. opposed providing it to Iran.

President Donald Trump re-imposed sweeping sanctions on Iran after withdrawing the U.S. from Tehran’s nuclear deal with world powers over two years ago.