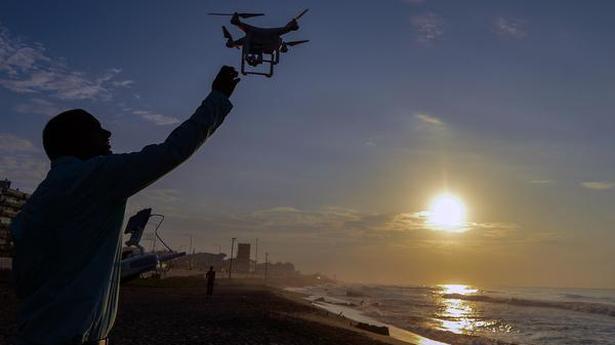 Two Iraqi security officials said the Border Guard commanders were meeting secretly with members of the Kurdistan Worker’s Party during the attack.

The drone targeted a vehicle belonging to the Border Guards in the Bradost area, north of Irbil, the military statement said, causing the deaths of two commanders and the vehicle’s driver.

Gen. Mohammed Rushdi, commander of the Border Guards’ 2nd Brigade and Brig. Zubair Hali, commander of the 3rd Regiment, were killed in the attack Ihsan Chelebi, the mayor of Bradost, told . He said they had been establishing new posts in the area.

Attempts to reach Turkish military officials for comment were not successful.

Two Iraqi security officials said the Border Guard commanders were meeting secretly with members of the Kurdistan Worker’s Party, or PKK, during the attack. Turkey considers the PKK a terrorist organization and has bombed their positions inside northern Iraq in several operations.

The security officials said five others were also killed in the attack. They did not say whether they were military personnel or civilians. A PKK official in northern Iraq said the meeting had taken place in Bradost. “The purpose of the meeting was to bring stability to the area,” he said. The officials spoke on condition of anonymity in line with regulations.

On June 17, Ankara launched an airborne-and-land offensive into the border region of Haftanin, some 15 kilometers (9 miles) from the Turkey-Iraq border. The operation drew the ire of Iraqi officials who on two occasions summoned Turkey’s ambassador to Baghdad to deliver a protest note. The killing of the high-ranking Iraqi officials is expected to further strain Iraq’s relations with Turkey.

Turkey has defended its operations in northern Iraq, saying neither the Iraqi government nor the regional Iraqi Kurdish administration have acted to remove PKK insurgents who allegedly use Iraq’s territory to stage attacks on Turkey.