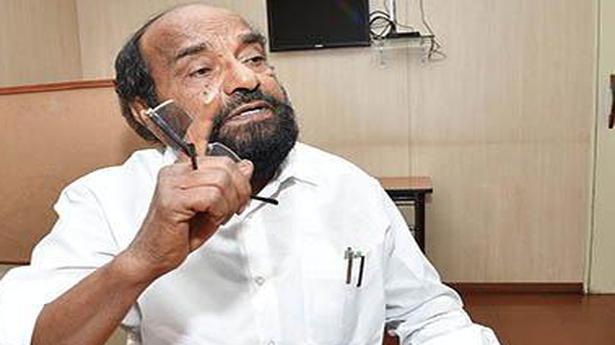 National Backward Classes Welfare Association president R. Krishnaiah has alleged that some 170 eligible BC, SC and ST students have lost an opportunity to get medical post-graduation — MD and MS — seats in the State due to irregularities in the implementation of the rule of reservation.

Mr. Krishnaiah pointed out that the students had lost out due to non-implementation of GO 550. Such irregularities had taken places in the neighbouring Andhra Pradesh and Karnataka too but were rectified after the intervention of the respective chief ministers after the misdeeds were taken to the notice of the governments. However, in Telangana justice was not done in spite of taking the matter to the notice of Chief Minister K. Chandrasekhar Rao and Minister for Health Eatala Rajender several times.

He explained that the students of BC, SC and ST communities in the merit list were used to be given college and course options in the sliding as per GO 550 for the last 18 years, but this year they were not given course option. As a result, 170 other eligible BC, SC and ST students had lost an opportunity to get medical PG seats. He blamed the anti-BC attitude of the State government for the fiasco and suggested it to change the attitude or else it would have to pay a heavy price since the BCs comprised about 52% of the population.

Mr. Krishnaiah, who is also a former MLA, further pointed out that the TRS government had been resorting anti-BC measures one after another and said it had rendered a historical injustice to BCs by reducing their quota in rural local bodies (panchayat raj) elections from 34% to 22%. Besides, by implementing the creamy layer rule in the BCs’ reservation in education and employment. He also accused the government of denying good postings to IAS and IPS officers from the BC communities.

He appealed to the government that still the time was not lost to rectify the mistake committed in the medical PG admissions by scrapping GOs 114 and 27 and implement reservation as per GO 550 issued following a Supreme Court judgement.