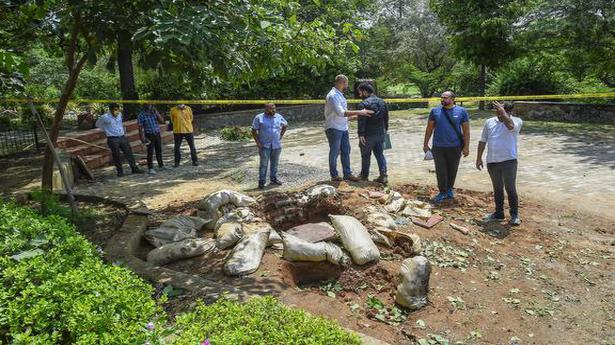 Two pressure cooker IEDs were recovered from Mohammad Mustakeem Khan, alias Abu Yusuf, a resident of Balarampur in Uttar Pradesh. He was arrested by Delhi Police’s Special Cell on Friday night from the section of the Ridge Road between Dhaula Kuan and Karol Bagh.

Khan had planned a terror strike in the national capital on August 15, but could not do so due to heavy security arrangements, said P S Kushwah, DCP (Special Cell).

Khan had been under watch for the last year, he told reporters.

“Our operation had been on for the last one year,” Mr. Kushwaha said.

He said Khan was in touch with ISIS handlers who instructed him to plan terror strikes in India.