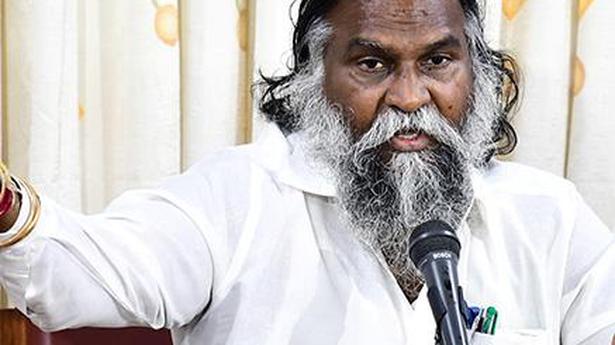 Senior Congress leader and Sangareddy legislator T. Jayaprakash Reddy alias Jagga Reddy has hit back at his adversaries within the party and alleged that they are running a sponsored campaign against him on the social media as he too is in the race for Pradesh Congress Committee (PCC) president’s post.

Not knowing about my personality some social media buffs are falling in the trap of my adversaries, he said, speaking to newspersons here on Monday.

Such elements, he said, are terming him as TRS (Telangana Rashtra Samithi) covert, but he reminded them that it is he who criticises Chief Minister K. Chandrasekhar Rao when no Congress leader speaks against Mr. Rao.

Mr. Jagga Reddy requested those taking to the social media platforms to criticise him to include their name and contact number in their posts so that he could go to their house and give clarifications to their criticism.

On the issue of PCC president’s post, Mr. Jagga Reddy said he had already written to All India Congress Committee (AICC) president Sonia Gandhi and former president Rahul Gandhi to give him an opportunity in case there is a change in the PCC leadership.

He stated that he would visit even villages by allocating time to strengthen the party.

Parliament proceedings | Ads shouldn’t communicate any discrimination as a result...