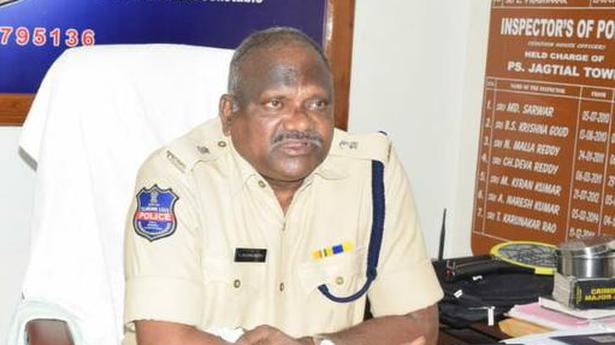 Jagityal district Additional Superintendent of Police K. Dakshinamurthy passed away in the early hours of Wednesday while undergoing treatment for COVID-19 at a private hospital in Karimnagar. He is the first ASP rank officer in Telangana State to die after having contracted COVID-19.

Mr. Dakshinamurthy was due for retirement in five days. He was admitted to Varahi private hospital in Karimnagar town after testing positive for coronavirus. He died of cardiac arrest around 5 a.m. while being treated, police quoted the doctors as saying.

He joined the police department as Sub-Inspector in 1989 and worked as SI, Inspector and Deputy Superintendent of Police in the undivided districts of Warangal and Khammam.

He was Nirmal district ASP before being posted in Jagityal. He hailed from Karimnagar district.

Punjab CM dares Akalis to pull out of NDA