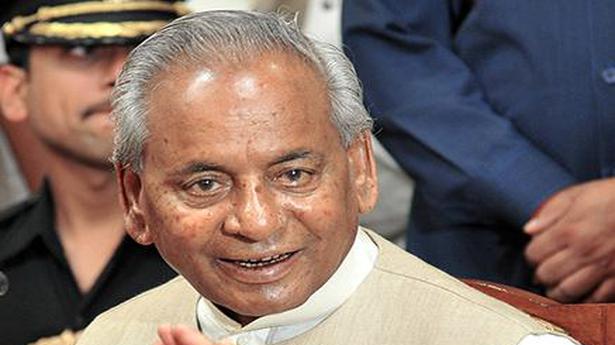 “I am innocent,” former chief minister of Uttar Pradesh Kalyan Singh said on Monday after he appeared before a special CBI court here in connection with the Babri Masjid demolition case.

Talking to media after recording his statement, Mr. Singh said as the CM of U.P. he and his government had taken solid measures, including a three-tier security system, for the protection of the Babri Masjid.

Mr. Singh was the head of the State when the Mughal-era mosque in Ayodhya was demolished by a mob of karsevaks on December 6, 1992.

He alleged that the Congress government at Centre then implicated him on baseless allegations.

“There was a Congress government at the Centre then, so due to political vendetta, a case on baseless and false allegations was filed against me on the directions of the Central Government,” the BJP leader said.

High RT-PCR machine cost might be a hurdle in ramping up Covid-19 testing in Delhi: Officials | Delhi News – Times of India