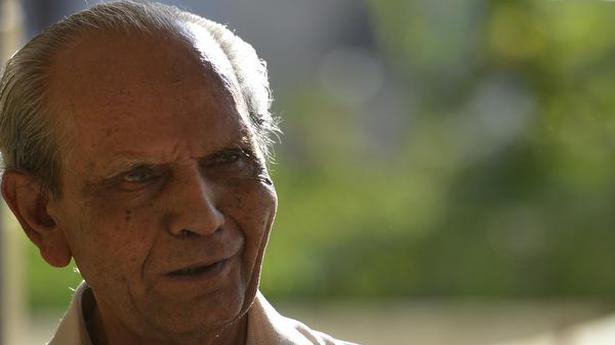 Rajan, along with his brother Nagendra, had composed music for over 375 films.

Music composer Rajan of the famous Rajan-Nagendra duo, passed away at his residence in Bengaluru on Sunday night. He was 85.

“He was healthy and taking music classes online as well. He suffered from indigestion for the last two days and passed away at our home at 11:00 p.m. on Sunday,” his son R. Ananth Kumar told The Hindu.

Hailing from Mysuru, brothers Rajan and Nagendra debuted as music directors in 1952 with the Kannada film Soubhagya Lakshmi, and went on to have a very successful career for nearly four decades. They composed music for over 375 films, over 200 in Kannada and the rest in Telugu, Tamil, Tulu and Sinhala.

The brothers were fondly referred to as Kalyanji-Anandji of Kannada cinema. Nagendra died in 2000 at the age of 65.

Rajan’s death has brought an end to a glorious era of Kannada cinema music.

Rajan-Nagendra peaked in their popularity during the 1970s and 1980s. Known for their melodies, hundreds of their songs have become evergreen hits and are popular even today. The duo were also known for their duets, mostly sung by S.P. Balasubrahmanyam and S. Janaki, which made the singing pair a household name.

In later years, Rajan started a music school Sapta Swaranjali in the city and continued to teach till the last few days of his life.

Vardhan’s comments should not be taken as criticism of Kerala’s COVID-19 management, says Pinarayi Vijayan