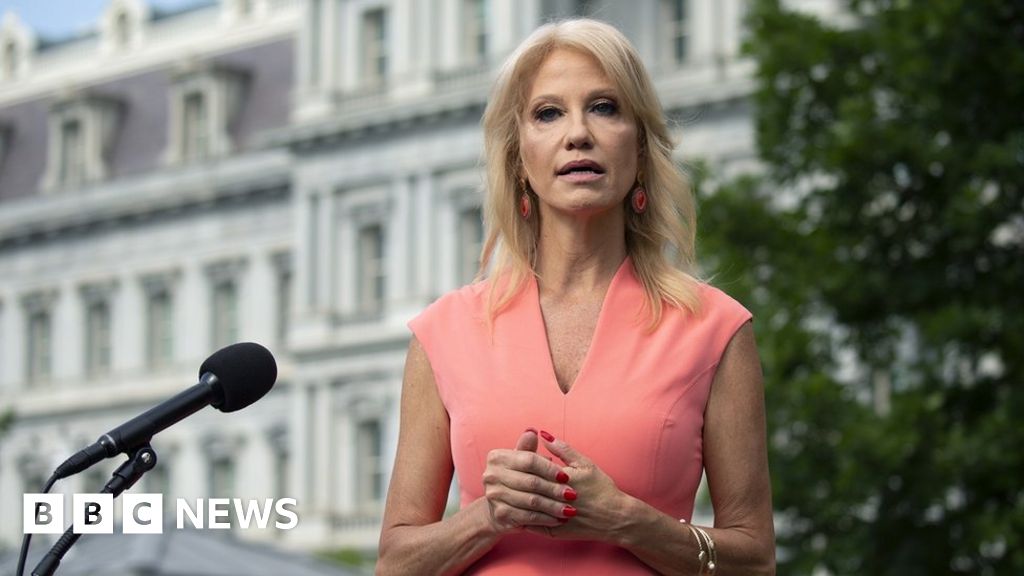 Kellyanne Conway has announced that she is resigning from her post as Senior Counsel to US President Donald Trump.

In a statement, Mrs Conway said she was stepping down at the end of August to focus on her children, giving them “less drama, more mama”.

Her husband George, an outspoken critic of the president, will also be stepping back from political activism.

She added that her decision was “completely my choice,” and that she would announce future plans “in time”.

Mrs Conway is scheduled to speak at the Republican National Convention later this week, but it is unclear if she will still do so in light of her decision to step down.

A Republican strategist and veteran pollster, she has served for four years, making her the highest-ranking woman in the White House. She is also the first woman to lead a successful US presidential campaign, spearheading Mr Trump’s successful effort in 2016.

As Senior Counsellor at the White House, Mrs Conway acted as political advisor to President Trump and maintained a highly-influential position in the administration.

In contrast, her husband George is a co-founder of The Lincoln Project – a Republican political action committee working to prevent the re-election of President Trump in 2020.

“The past four years have allowed me blessings beyond compare,” she said in a statement.

“[George and I] disagree about plenty but we are united on what matters most: the kids,” she added.

“Our four children are teens and tweens starting a new academic year, in middle school and high school, remotely from home for at least a few months,” continued Mrs Conway. “As millions of parents nationwide know, kids ‘doing school from home’ requires a level of attention and vigilance that is as unusual as these times.”

The announcement comes hours after one of Mrs Conway’s daughters, Claudia, tweeted that her mother’s job had “ruined [her] life” – a message that later went viral.

my mother’s job ruined my life to begin with. heartbreaking that she continues to go down that path after years of watching her children suffer. selfish. it’s all about money and fame, ladies and gentlemen.

Mrs Conway is one of President Trump’s most ardent supporters, but has long been a controversial figure.

In a 2017 interview, Mrs Conway cited a non-existent “massacre” to defend the administration’s immigration restrictions.

That same year, the US government’s ethics advisory board said she should be investigated after she urged people, during a live interview, to buy clothing developed by the president’s daughter Ivanka.

More recently, the government’s oversight agency advised last year that she should be fired for engaging in banned political activities while in office.

In the past she has also found herself caught between her husband and the president.

Mr Conway has publicly disparaged the president, describing him as “incompetent”. The president, in response, has called him a “stone cold LOSER” and said that he turned down Mr Conway for a job in the US justice department.