Dr Hemant Deshmukh, the hospital’s dean, says 160 people aged 20 to 50 who haven’t contracted Covid-19 will be selected for the phase II and III trials.


Mumbai’s is one of 10 centres across India that will host phase II and phase III trials of Covidshield, the potential – and promising -Covid-19 vaccine developed at Oxford University. The trials will begin in a week and will be conducted on 1,600 people across the 10 centres, including 160 at KEM Hospital.

Dr Hemant Deshmukh, dean of KEM Hospital, told Mumbai Mirror that the had written to the hospital authorities on August 7, informing them that KEM was one of the centres where the trials would be conducted. “The vaccine is being manufactured by the Serum Institute of India (SII) in Pune and will be tested on 160 individuals at KEM Hospital,” Deshmukh said. He added that the proposal to conduct the trials was being processed by the state’s ethics committee.

Deshmukh said the hospital will now invite volunteers and select 160 healthy people between the ages of 20 and 50 who have not contracted Covid-19 for the trials. He added that the candidates will be from a variety of socio-economic backgrounds. “Those who have Covid-19 antibodies will not be eligible for the trials, which will begin in a week. We will not take very young or very old people. Simultaneous trials will be conducted in the United States and Brazil. We are waiting for a go-ahead from the state.”

He added, “Phase I human trials have been completed in the United Kingdom. The ones at KEM will be phase II and phase III trials, which will further test the immunogenicity [ability to provoke an immune response in the body] and safety of the vaccine.”

As of today, the Thane Municipal Corporation (TMC) has allowed all shops in the city to operate on a daily basis except those falling inside the designated Covid-19 hotspot limits, the civic body said on Thursday. In an order passed on Thursday evening, the TMC stated that all shopkeepers could keep their shops open between

Suresh Kakani, additional municipal commissioner (health), said, “We will take consent from all volunteers. It is good that KEM Hospital has been chosen as one of the centres. Our credibility is good and we are prepared to execute the trials, following procedures communicated by ICMR.”

On August 3, India’s drug regulator, the Drugs Controller General of India (DCGI), had granted permission to SII to conduct phase II and phase III human clinical trials of Covidshield in India. “After a thorough evaluation, the DCGI has given approval to SII to perform phase-II, III clinical trial based on the recommendations of the Subject Expert Committee (SEC),” a senior government official had told ANI. 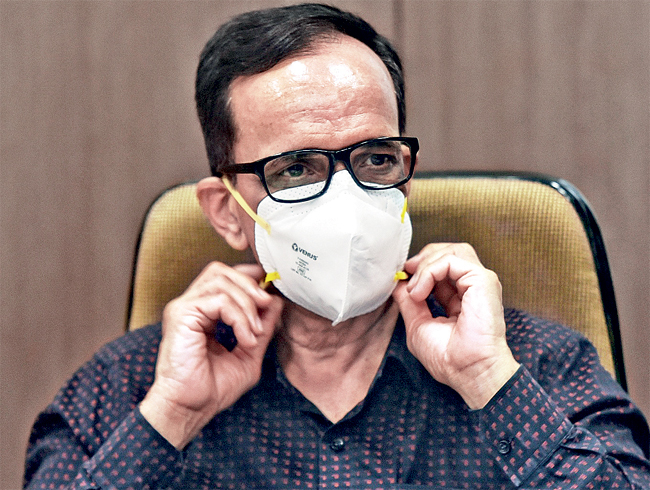 KEM dean Dr Hemant Deshmukh (above) said the ICMR wrote to the hospital on August 7, informing that KEM was one of centres where the trials will be conducted

“As a rapid regulatory response, the proposal was deliberated in the SEC during a virtual meeting. After considering the data generated on the vaccine in phases I and II of the Oxford University trial, the committee recommended granting permission to conduct phase II and phase III clinical trials of Covidshield on healthy adult subjects in India,” the official said.

He added that each subject will be administered two doses of the potential vaccine, four weeks apart, after which its safety and immunogenicity will be assessed at predefined intervals. He said that after phase II of the trial, SII will have to submit safety data, evaluated by the Data Safety Monitoring Board, to the before it can proceed to phase III.

SII had begun producing Covidshield in late July, and initial estimates suggested that at least one billion doses of the vaccine would be produced in India, which would make the country the world’s largest producer of the vaccine.

The results of the phase I and phase II trials, published on July 20 in the scientific journal The Lancet, indicated no early safety concerns and found that the vaccine candidate induced a strong immune response. It provoked a T cell (white blood cells that can attack cells infected with the coronavirus) response within 14 days of vaccination, and an antibody response within 28 days.